It almost feels disingenuous to say the Red Sox and the Blue Jays cleared their benches Wednesday night at Rogers Centre.

Yes, players and coaches on both sides emerged from their respective dugouts in the third inning after Nick Pivetta hit Alejandro Kirk with a first-pitch fastball. There seemingly was no threat of fighting or anything close to it, though, as only a handful of people on the field were visibly upset. There wasn’t a single push or shove before play ultimately resumed.

In fact, cooler heads had pretty much prevailed by the time Alex Verdugo ran in from left field to join the swarm of bodies. The Red Sox outfielder understandably was a bit perplexed about what went down.

“I actually ran over there, I was talking to Bo (Bichette) about it afterward,” Verdugo told reporters after Boston’s 6-5 win in 10 innings, per MLB.com. “I was like, ‘That was weird, man.’ I like a lot of those guys over there. It felt weird. By the time we got over there, it was already de-escalated, and we basically used it to say, ‘What?s up?’ to the bullpen and some guys on the bench. It was a little weird.”

The benches-clearing scene seemingly was one of the only major highlights from Wednesday’s game where Verdugo didn’t take center stage. The 26-year-old walloped a go-ahead, two-run home run in the sixth inning and gave the Red Sox some much-needed breathing room in the 10th with a two-run double. 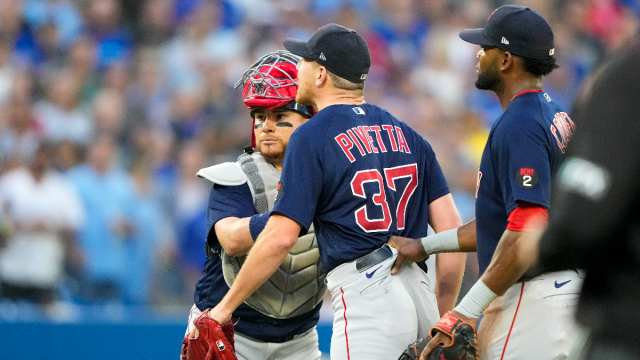 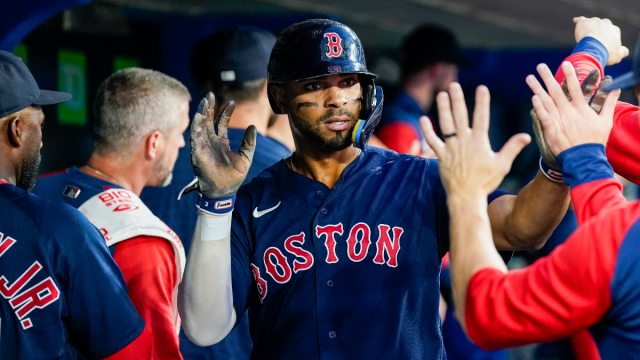