David Ortiz was officially inducted in the Baseball Hall of Fame, and he didn’t forget to thank his teammates.

The three-time World Series champion gave his Hall of Fame speech Sunday and spoke from the heart while recalling his legendary career. Ortiz thanked members of the Red Sox organization and his teammates during his career, including those in the crowd. He singled out Dustin Pedroia and didn’t hesitate to call out a name he used for the former Red Sox second baseman.

“And I also got teammates right here, Los Chicos Locos (the crazy boys): Johnny Damon, Mike Lowell, Dustin Pedroia, Trot Nixon, Jason Varitek, Tim Wakefield, Kevin Youkilis, and of course, No. 45 (Pedro Martinez),” Ortiz said, as seen on MLB Network. “I want you guys to know that even with God-given talent that I had, I don’t think I would have made it without the support and love coming from all of you. All I was trying to do was bring a team together with honesty and openness.

“My smaller teammate, Pedroia, ‘Peewee’ — ‘Peewee’ grabbed me by the neck one time. He told me, ‘If you keep on pulling the ball, I’m gonna whoop you.’ And guess what? Big Papi got caught up on fire,” Ortiz continued. “My teammates always were there for me, and that’s something that I’ll always appreciate. In life, remember, our team is our second family. Love you guys, man. Forever.”

As the old saying goes, “some things never change,” but one thing that will never change is Ortiz is a first-ballot Hall of Famer. 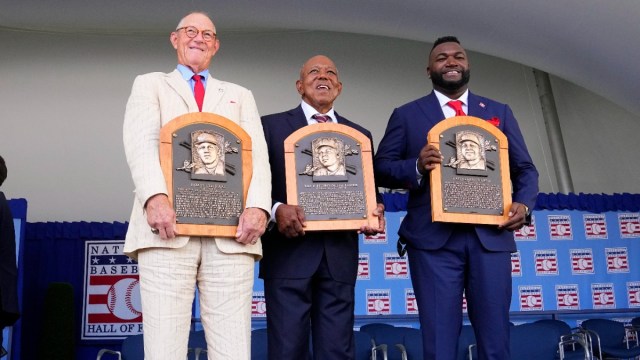 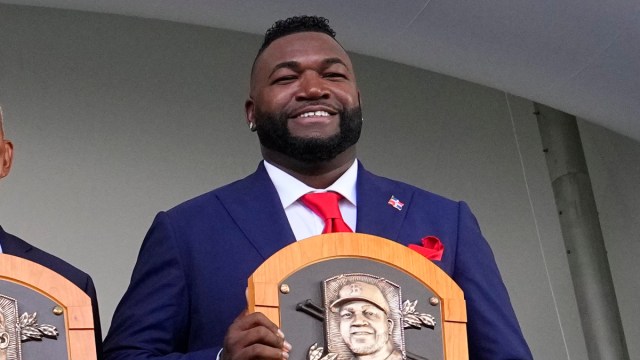