The Boston Red Sox desperately need a spark, and should not wait until the Major League Baseball trade deadline on Aug 2. to make a move.

While pitching remains the priority, especially given Chris Sale’s latest misfortune, there are other holes on the roster as well.

One of those voids is at first base, which has been more of a black hole with nothing but 30% strikeout rates and untimely defensive miscues.

Fortunately for the Red Sox, there is one prized possession on the trade market that would be a perfect fit. Washington Nationals first baseman Josh Bell is on the last year of his deal and hitting .311 with 37 extra-base hits including 13 home runs and 50 RBIs in 93 games.

Bell previously had been linked to the Red Sox and now The Athletic considers Boston one of six teams in play for the switch-hitting slugger.

“The situation has gotten a little better with Franchy Cordero’s emergence and Bobby Dalbec’s modest improvement, but first base remains a position of relative offensive weakness for the Red Sox,” The Athletic’s Chad Jennings wrote last Thursday. “For a manager like Alex Cora, a switch hitter could open any number of batting order possibilities. As usual, though, it’s a question of price. The Red Sox have a pretty good lineup as it is. Would Bell extend the gap between them and the rest of the teams besides the (New York) Yankees in the American League East? How much of the future would Chaim Bloom sacrifice for such a two-month upgrade for a wild-card spot?”

Both questions Jennings posed can be answered relatively easily. The difference between second place and fourth place in the AL East is 2 1/2 games. So, would the addition of a .300 hitter with pop in place of the Dalbec/Cordero platoon make up the difference? It easily could, and though it would not be the lone move made, adding Bell would make the lineup deeper and make a real difference. Given the tightness of the race, a couple of big hits from Bell could push Boston into a postseason spot.

As far as prospect compensation goes, let’s not act like it’s going to cost the Red Sox Triston Casas or Marcelo Mayer for two months of Bell. While dealing with the same team in a near-exact circumstance, the Red Sox traded away pitcher Aldo Ramirez, the No. 22 prospect in the organization according to Baseball America’s Red Sox top 30 list, for then-Nationals star Kyle Schwarber at last year’s deadline.

Adding Bell for a mid-level prospect would be a fantastic move with little to no future implications. 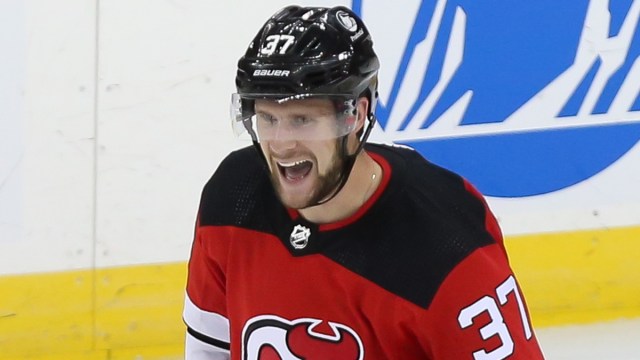 Here’s When Bruins’ Pavel Zacha Will Have Arbitration Hearing