The Brooklyn Nets set an incredibly high asking price for Kevin Durant and continue to stick to it.

The Nets reportedly have fielded offers from interested suitors, including one from the Boston Celtics. The Celtics offered Jaylen Brown, Derrick White and NBA draft capital to the Nets, as reported Monday by The Athletic’s Shams Charania. Despite those reports surfacing Monday, though, ESPN’s Brian Windhorst shared the Celtics and Nets are not in “fresh” trade talks.

The reports started to swirl early Monday morning after ESPN’s Adrian Wojnawoski revealed the Celtics were among teams that had talks with Brooklyn. Wojnarowski also acknowledged how the Miami Heat, Phoenix Suns and Toronto Raptors have had varying levels of interest in Durant. The Suns’ ability to add the Nets superstar, however, took a hit with Phoenix agreeing to terms with then-restricted free agent Deandre Ayton.

It now seems like it could be a three-horse race with the Celtics, Heat and Raptors. With that being said, we’ve decided to speculate on how those teams might rival Boston’s trade package for Durant, should the Celtics go all-in while parting ways with Brown and plenty of other assets.

Miami Heat
Perhaps the biggest aspect to note for the Heat is that Bam Adebayo is exempt in a deal with Brooklyn because the Nets also have Ben Simmons on a max rookie extension. Adebayo, also on a max rookie extension, would be prevented from joining the Nets due to that scenario unless Simmons was shipped out. Victor Oladipo is another player who can’t be traded because he has a contract restriction, although Adebayo is the biggest name who can’t be dealt.

The Heat, like all teams, would need to figure out how to piece together approximately $44 million to match salaries for Durant. Would Miami part ways with Jimmy Butler and his $37.7 million? Or would that negate the Heat’s addition given Durant without Butler might not get Miami over the hump? Something like Butler, Tyler Herro ($5.7 million) and/or Gabe Vincent and Max Strus, both of whom are under contract for $1.8 million in 2022-23, would make the finances work but might the Heat consider that too rich? The Heat also could come close to matching salaries with Kyle Lowry ($28.3 million) and Duncan Robinson ($16.9), but if the Nets deemed Brown and White insufficient then they’d surely laugh at Lowry and Robinson.

Miami does have its own first-rounders in 2023, 2024, 2027 and 2028, which could help, but indications are that Brooklyn wants impactful contributors to go along with supplemental draft assets. Seeing how Rudy Gobert went to the Minnesota Timberwolves for four first-rounders it’s highly unlikely that will get it done for Brooklyn. It’s going to take a historic level of assets in order to acquire Durant.

Toronto Raptors
The Raptors could present a very enticing offer to Brooklyn, too, although reports have surfaced that Toronto is against including reigning NBA Rookie of the Year, Scottie Barnes, in any package for Durant. Pascal Siakam, Barnes and a few first-rounders was one package discussed on ESPN, but it’s highly unlikely the Raptors would be willing to part with both of those up-and-coming talents. Siakam’s $35.4 million, though, would help Toronto get close to the package given its finances.

Another potential package that would come close from that perspective would be to send OG Anunoby ($17.4 million), Gary Trent ($17.5 million) and another salary to Brooklyn, along with a haul of draft picks and/or pick swaps. Both Anunoby, 24, and Trent, 23, are approaching their respective primes, but Toronto may deem trading them — given the Raptors would then pair Durant with both Siakam and Barnes — as a worthy move for the short- and long-term.

Toronto does maintain its first-rounders for each of the next eight years, though that doesn’t mean they will be willing to part with all of them. 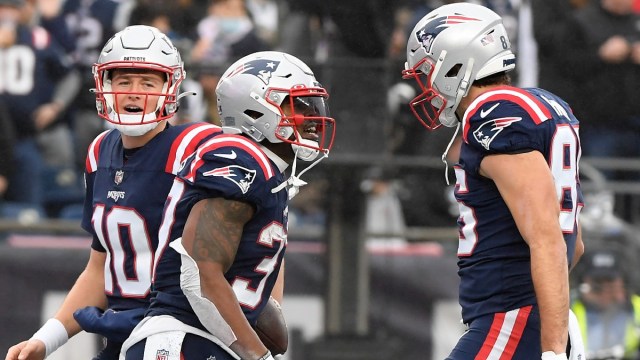 Patriots Odds: Why New England Offense Worth Betting On In 2022 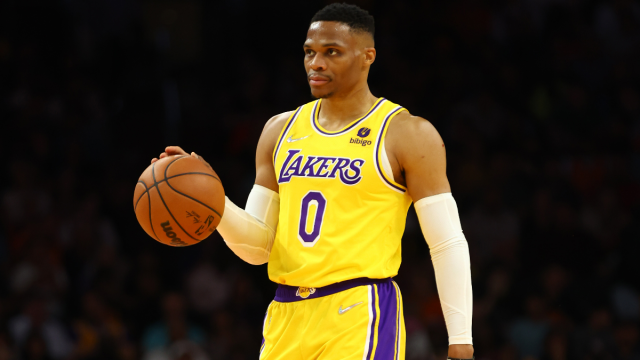