Some are strongly against the Boston Celtics trading for Kevin Durant while others can’t help but be fully captivated by the Brooklyn Nets superstar.

It’s safe to say you can count ESPN’s Tim Bontemps among the former.

Bontemps, a longtime NBA writer who covered the Celtics, stressed exactly why Boston should not trade for the 10-time All-NBA talent. The Celtics reportedly are among teams to have had conversations with the Nets for Durant, and The Athletic’s Shams Charania reported Boston offered Jaylen Brown, Derrick White and draft capital for the two-time NBA champion.

Bontemps, though, believes it would be a step back for the organization.

“I personally wouldn’t do it. I get why people would, but I look at this Celtics team and they’re set up to be the best team in the East, or in that very top tier, for the next four or five years,” Bontemps said on “The Lowe Post” podcast with host Zach Lowe. “You got all these guys who are all in the prime window, you want to have guys who are like 23 to 27. They’ve traded for Derrick White on a great long-term deal. They got Grant Williams, who’s up for an extension this summer. They extended Robert Williams on a fantastic deal last summer. They’ve got Marcus Smart on a deal. Jaylen Brown is two years away from free agency, but I’m confident he’ll be in Boston long term. Jayson Tatum is in Boston long term. They have depth and talent across the board.

“And to me, if you’re already good enough, I don’t feel the need to rock the boat in a way this trade would rock the boat,” Bontemps continued. “For me, for where they sit, and with the questions on the other side about KD, as great as he is, he’s 34. He’s had a ton of injury issues over the past few years. He’s owed a ton of money the next two years. You’re probably looking at a two-year window where you know you have a very good chance of him being an all-time, elite player but then he’s naturally going to drop off a little bit. For all those reasons, I personally, if I was them, wouldn’t do it.”

The Celtics are fresh off a trip to the NBA Finals and currently have two of the best 25-or-younger talents in the league. The combination of Brown and Tatum has other teams around the NBA jealous given that two-way wings are a premier commodity.

Trading for Durant, given that it would mean parting with Brown, might give the Celtics a better chance to contend for the 2022-23 championship, but it would drastically shorten the team’s window. If the Celtics are looking for sustained success, Durant’s arrival hinders it.

“Boston, to me, even if you want to say Milwaukee is better today, Boston is right there and is going to be right there for the foreseeable future,” Bontemps said. “And for me, I would not blow this team up, which you would be in some sense even if you are trading for Kevin Durant. Because they are already that good and I think their ceiling is still extremely high and I think they’re set up to be really good for a long time.”

The Nets reportedly deemed Boston’s offer of Brown, White and a draft pick as insufficient. Instead, Brooklyn countered with a deal including Marcus Smart, Brown and picks. There’s been conflicting reports as to when conversations took place between the Celtics and Nets, but given that Brown’s name now is back in trade rumors, the organization might have to do some damage control depending on how things play out. 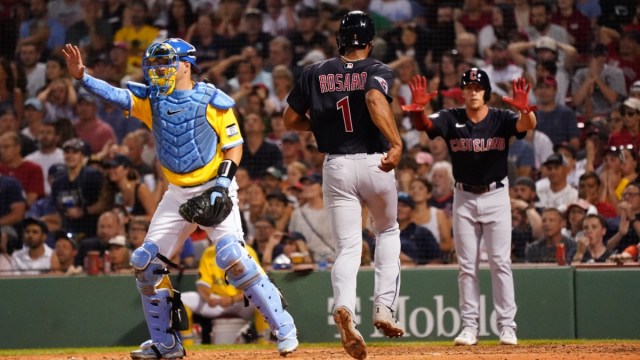 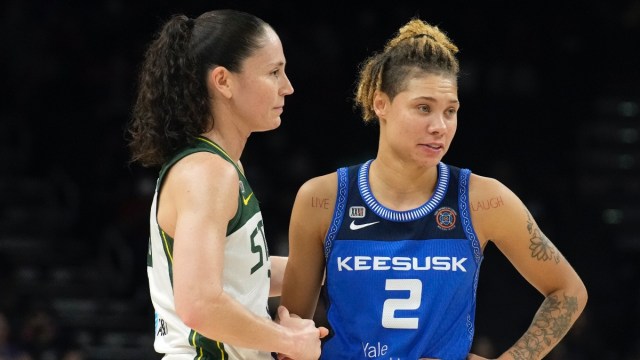