2:40 p.m.: After being bought out by the Philadelphia Flyers, Oskar Lindblom signs with the San Jose Sharks.

1:44 p.m.: Darcy Kuemper, who just won the Stanley Cup with the Colorado Avalanche, is heading to the Washington Capitals.

1:27 p.m.: Erik Cernak is reportedly getting in on the fun in Tampa Bay.

1:24 p.m.: The Lightning have been quiet so far when it comes to acquiring players, but they’ve certainly been busy locking up their own.

The Bolts, according to multiple reports, have come to terms with defenseman Mikhail Sergachev on an eight-year extension that will make him a very rich man.

Moments after that news broke, Jeff Marek reported forward Anthony Cirelli has agreed to an eight-year extension worth $50 million, too.

1:11 p.m.: Josh Brown, a deadline pickup of the Bruins, is headed to the desert after signing with the Coyotes, the team announced.

1:06 p.m.: Massachusetts native Frank Vatrano is reportedly off to the West Coast after a brief stay in the Big Apple. The UMass product has found his scoring touch since leaving the Bruins, and he’s going to cash in now with a nice little deal from the Anaheim Ducks.

12:57 p.m.: The Rangers are getting a proven veteran netminder to back up Igor Shesterkin, according to Kevin Weekes. Jaroslav Halak is still going, and he could be on his way to New York.

12:53 p.m.: The Hurricanes and Sharks have finally hammered out the details of the Brent Burns trade, and the hold-up makes sense given how many moving parts are involved.

Here are the details, per TSN’s Pierre LeBrun.

Burns certainly isn’t the player he was when he was winning the Norris Trophy five years ago, but it’s still a good pickup for a Carolina team that contended for an Eastern Conference title this past season. That’s certainly one of the deeper defense corps in the East if not the entire league.

12:41 p.m.: An interesting pair of signings for the Blackhawks amid their apparent teardown.

12:29 p.m.: There were rumblings of an agreement earlier, and now we’re getting reports about Vincent Trocheck getting a long-term deal with the Rangers.

12:20 p.m.: Curtis Lazar, who carved out a solid role as a fourth-liner in Boston last season, is going home to Vancouver where he’s signing with the Canucks, according to multiple reports.

12:10 p.m.: Nick Leddy was one of the more veteran defensemen on the market, but it sounds like he’s going to stay in St. Louis.

12:02 p.m.: As expected, Claude Giroux is headed to Ottawa to join what he hopes is a resurgent Senators team.

11:28 a.m.: Things are really starting to heat up across the league with the trade market really opening up. It looks like Brent Burns might soon have a new home with Mike Grier hitting the ground running in San Jose.

11:25 a.m.: The never-ending goalie carousel in Toronto continues to spin.

This comes on the heels of Jack Campbell reportedly agreeing to a five-year deal with the Oilers.

11 a.m.: It appears Don Sweeney is striking before free agency begins, and he’s doing so through the trade market. The Bruins are reportedly acquiring Pavel Zacha from the Devils in exchange for Erik Haula.

9:30 a.m.: The Ottawa Senators aren’t the only Atlantic Division team in the midst of an accelerating rebuild. Steve Yzerman continues to piece together an improved Red Wings roster in Detroit, one that will reportedly include Andrew Copp once free agency begins.

Copp was one of the bigger trade deadline prizes when Winnipeg shipped him to the Rangers. He hit the ground running with 18 points in just 16 games with New York down the stretch.

8:38 a.m.: Nothing shocking in this Bruins update. As expected, they’re reportedly working to have both Patrice Bergeron and David Krejci back in the fold, and as David Pagnatta notes, they’ll look at other depth forwards, too.

8:15 a.m.: Getting caught up on some of the news from earlier in the morning, Claude Giroux is reportedly heading home. He’s going to sign with the Ottawa Senators, according to Pierre LeBrun.

The Sens’ rebuild has kicked into another gear this summer. Ottawa made the biggest deal at the draft, trading for Chicago forward Alex DeBrincat, unloading a first- and second-round pick in the process. The Senators then made another move Tuesday night, trading for veteran goalie Cam Talbot in a deal with Minnesota.

The sweepstakes begin in earnest Wednesday afternoon at noon ET. There are not a handful of stars who could change teams, but there’s plenty of veteran depth that could ultimately be the final pieces for championship contenders.

The biggest name on the market might be Johnny Gaudreau. The Calgary Flames made efforts to sign the star forward Tuesday night, but the winger ultimately made the decision to test the market. He’ll be a massive domino that could fall as early as Wednesday afternoon.

Locally, the Bruins are a fascinating team to watch as free agency opens, too. Boston has little in the way of salary cap room, but its most interesting storyline centers on what the club will do with Patrice Bergeron and David Krejci. General manager Don Sweeney has said the team is talking to both players and has expressed a bit of optimism about getting deals done. What those contracts look like, though, could go a long way in determining what the Black and Gold might be able to do in order to shape its roster.

And, as always, there’s the trade market, which could be especially interesting for a team like the Bruins who don’t have a ton of financial wiggle room.

We’ll be following all the latest news and rumors throughout the day, so keep it here for it all. 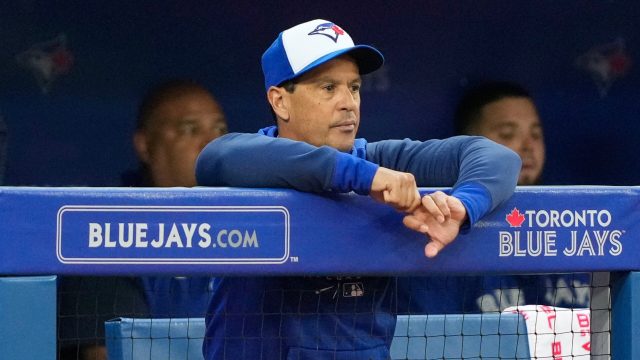 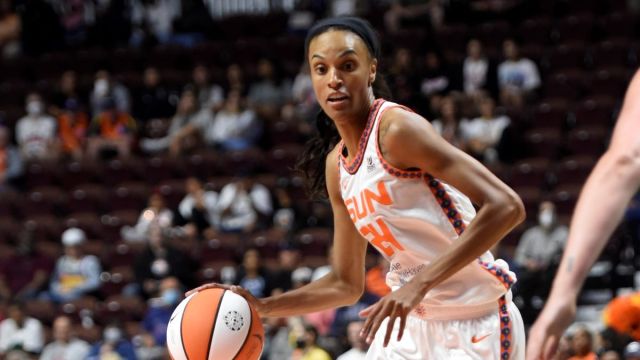