The beginning of Brayan Bello’s big league career has been far from perfect. But that hasn’t stopped Boston Red Sox manager Alex Cora from from finding the positives from his top pitching prospect.

Bello’s start Monday was a tale of two halves. The 23-year-old gave up five earned runs on five hits, four walks and a hit-by-pitch in his first two innings. He fell behind in the count early and was forced to pitch to contact, which doesn’t necessarily work when the other team knows it’s coming. Despite that, he came out in the third and fourth innings and looked much more like a No. 1 pitching prospect, striking out a pair of Rays and allowing zero earned runs while the Red Sox offense helped tie things up.

“I think after the third inning, you could see it. We went with the fastball in other places, we used the fastball a little bit more,” Cora said. “He gave us 12 outs, and at that point, we needed him to do that and he did.

“Obviously there’s a lot of learning and growing, and tonight was a great learning experience for him. We were very pleased with the last two innings, he gave us a chance to win.”

While Boston’s pitching staff continues to get healthier, another Bello start is far from certain, but there’s little doubt the Red Sox have found positives from their top pitching prospect.

— Jake Diekman suffered his first loss of the season Monday, allowing the game-winning run in the sixth inning despite facing only three batters. He spoke to reporters following the game.

“It sucks. We had momentum all the way up to that point,” Diekman said, as transcribed by MLB.com’s Ian Browne. “To come in, hit a guy on the foot, give up a [hard] out and a seed double, yeah, it sucks.”

— Bello struck out two batters over last two innings, slowing the Rays offense down and allowing Boston’s offense to help make up the deficit. Bello explained what he did to turn things around after the game.

“I think the key for those last two innings was we changed from the two-seamer to the four-seam fastball,” Bello said through his translator Carlos Villoria Benítez, as seen on NESN. “That’s when everything changed.”

— With the loss, the Red Sox are 11-21 on the season against American League East opponents. They are 36-19 against everyone else.

— The Red Sox and Rays will continue their series Tuesday at Tropicana Field. First pitch is scheduled for 7:10 p.m. ET following an hour of pregame coverage, and you can watch it all on NESN. 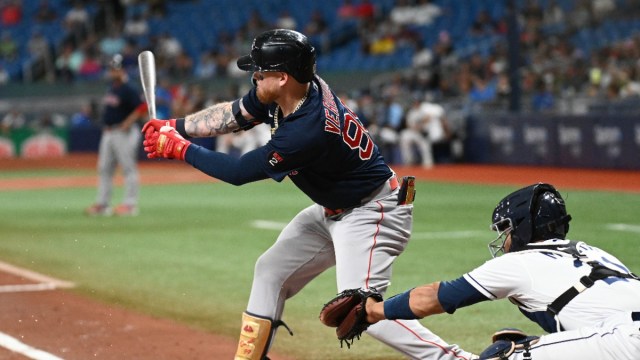 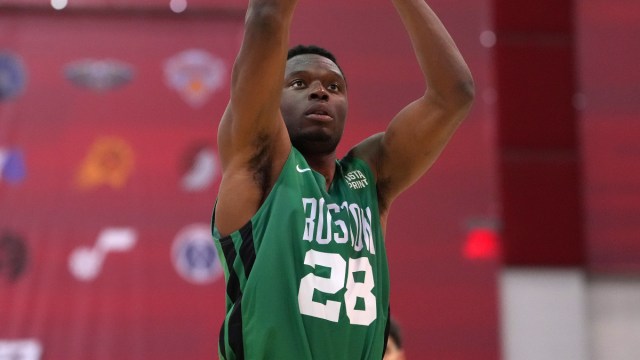 Could Celtics Already Be Rostering Solution To Lack Of Center Depth?