The Boston Red Sox took a strange path to end up roughly where many expected them to be.

The season can be broken into three parts: the infamous 10-19 start, an unstoppable tear from mid-May through June and a limp to the finish line consisting of tough losses to American League East foe.

Still, they currently stand on pace to win 84 games. Boston entered the season with an 85.5 over/under on DraftKings Sportsbook and the fourth-best odds to win the AL East.

It’s not the start the Red Sox or their fans wanted, but a little evaluation at the halfway point could lead to some notable additions at the Major League Baseball trade deadline to alter the course of the season.

Here’s where they stand at the moment:

Catcher
Grade: B+
Christian Vázquez has produced as well as fans could have realistically hoped for this season from an offensive standpoint. The Red Sox’s primary backstop is hitting .273 with 24 extra-base hits including six home runs, 36 RBIs and a .732 OPS in 74 games. He’s already tied his home run total from 2021 and is just six extra-base hits away from last year’s total.

Defensively, Vázquez has had somewhat of a resurgence. The 31-year-old catcher has nabbed 14 runners attempting to steal, second in MLB.

Kevin Plawecki has been a disappointment with the bat in his hands, but has called solid games and been serviceable as a backup catcher. This position group has been an advantage for the Red Sox this season.

First base
Grade: D
First base has been a massive disadvantage for the Red Sox all season. While most teams have a masher at the offensively-biased position, Boston has had no such thing. Even worse, the defense has been well-below average as well.

Bobby Dalbec had a lot of hype building around him after a very strong conclusion to the end of the 2021 season. The team hoped the 27-year-old corner infielder would finally take a step up and become a middle-of-the-order slugger. He’s done no such thing. Dalbec is hitting .205 with just 15 extra-base hits including seven home runs, 22 RBIs and a .629 OPS in 83 games. His minus-1.1 WAR is indicative of being a below-league average player — and without the power he showcased in the past. It’s been a nightmare season for Dalbec.

Franchy Cordero has shown promise, but still remains a below-league average player with a minus-0.2 WAR. He’s hitting .225 with 19 extra-base hits including four home runs, 24 RBIs and a .671 OPS in 63 games. That said, his two biggest hits — a walk-off grand slam and a game-changing three-run home run — came while playing left and right field respectively. He’s also been a burden defensively.

Pitching might be the priority at the trade deadline, but an upgrade at first base should still be high on the list, too.

Second base
Grade: B-
Trevor Story’s offensive numbers do not jump off the page, but he’s had plenty of value at the plate and is one of the best all-around players on the team. He’s hitting .221 with 32 extra-base hits including 15 home runs, 58 RBIs and a .713 OPS. His strikeout rate is 30.7%, up 7.3% from last season. That said, Story leads the team in RBIs and is second in home runs.

On top of his underlying offensive numbers, Story is arguably the best defensive second baseman in MLB and also leads the team with 10 stolen bases in as many attempts.

A quick glance at the numbers would tell a different story than the reality, the slugging second baseman has been a positive for the Red Sox this season.

Shortstop
Grade: A
Xander Bogaerts continues to be one of the most consistent stars for the Red Sox. The 29-year-old unofficial captain of the team only has one flaw at the halfway point, his surprising lack of power. Anyone hitting .316 is going to provide plenty of value to the offense, but his seven home runs in 89 games is quite a shock. Bogey is far from a slap hitter, with 24 doubles, but a few more long balls could’ve gone a long way.

Other than an unexpected home-run drought, the rest of Bogey’s game is getting better in the midst of his prime. The Red Sox have positioned Bogaerts better to improve his defensive value which had made a marked improvement on the overall team defense. He’s also swiped five bags, tying his total from a season ago, and has yet to be caught.

There is a strong case to be made that Bogaerts should have started the All-Star game, but he’ll settle for his fourth appearance.

Third base
Grade: A+
Rafael Devers has used the 2022 campaign to go from budding superstar to one of the best players in baseball. The lone Red Sox All-Star starter has been so impactful that soon-to-be Hall of Famer David Ortiz claimed it’s like Big Papi never left the lineup.

Outfield
Grade: C+
The Red Sox outfield has been an overlooked sore spot for Boston. Alex Verdugo is arguably the best player to put in the batter’s box with the game on the line but has struggled overall. While he might have the worst luck in MLB this season, with just a .277 batting average on balls in play despite a higher hard-hit rate than last season. Overall, he’s only hitting .262 with a .678 OPS. He could be a second-half catalyst for the offense should he heat up, but his production has been below expectations thus far.

Kiké Hernández has not only been limited to 51 games but hit just .209 when healthy. His 16 doubles and four home runs did aid his lowly average, but a .273 on-base percentage is less than ideal for a leadoff hitter. He suffered a setback before the break and his timetable for return is unknown.

Jarren Duran has been a spark plug for the offense in Hernández’s absence, but has been somewhat of a liability defensively and has since moved to right field in a platoon role. Duran is hitting .252 with eight doubles, a pair of triples, and a home run in 28 games. The rookie has set the table well for Boston with professional at-bats that drive up the opponent’s pitch count and often lead to a speed demon on base for the heart of the order. He’s also stolen seven bases in eight attempts. His potential is high, but as it stands now, Duran is a platoon hitter against right-handed pitching with below-average defensive ability.

Jackie Bradley Jr. has been as expected and newcomer Rob Refsnyder has become the most pleasant surprise Red Sox roster. The group has underperformed as a whole but has been steady enough given the infield’s offensive production.

Designated hitter
Grade: A-
J.D. Martinez continued his perennial All-Star performance with another strong start this season. There are only two areas preventing him from an A-plus first half.

Like Bogaerts, Martinez has struggled to hit the long ball. The 34-year-old slugger leads MLB in doubles with 30 but only has nine home runs. The other knock on his first-half résumé is his ability to hit with runners in scoring position. Martinez is hitting .302 but his average with RISP drops to .253 with 31 strikeouts in 110 plate appearances (28.2%).

While being nitpicky, it should be strongly noted that Martinez has been one of the best players on the roster halfway through the season and more or less met his high expectations entering the year.

Starting pitching
Grade: B-
The Red Sox starting pitching staff ranks 10th in the American League and 19th in MLB with a 4.14 ERA. However, the middle of the pack is grouped up so close that taking away Nathan Eovaldi’s five home runs allowed against the Houston Astros or Connor Seabold’s recent seven-run implosion against the New York Yankees would put the rotation toward the top of the AL.

More importantly, the Red Sox came in with middling expectations and lost every single member of the Opening Day rotation except for Nick Pivetta at some point in the first half. The staff’s numbers are extremely impressive when factoring in the 16 starts made by rookies, who more or less have held their own despite some growing pains.

Bullpen
Grade: C-
John Schreiber is the man and has become one of the best relievers in MLB out of nowhere. Unfortunately, the rest of the bullpen has been as shaky as the media and fans alike expected entering the season. The Red Sox bullpen has a 3.91 ERA, 11th in the AL and 19th in MLB. It took months before the staff had any kind of traditional setup, but they do finally have some semblance of a back-end of the bullpen. Tanner Houck has been a reliable closer with six saves in seven opportunities.

As a whole, the Red Sox have 20 blown saves, the second most behind the Tampa Bay Ray’s 23. And, Boston has the highest blown-save percentage in MLB. The Red Sox need a shakeup in the bullpen to contend in the second half.

Coaching staff
Grade: A
Yes, the Red Sox are in fourth place and have had stretches where they look quite far from a postseason team. Still, Alex Cora and company have had to deal with an immense amount of roster transactions for this point in the season.

Pitchers are going down left and right and hitters have started to drop nearly as fast. The coaching staff has been patching up holes all season and still find themselves in contention at the All-Star break. Cora’s been keeping a sinking ship afloat since the season began. 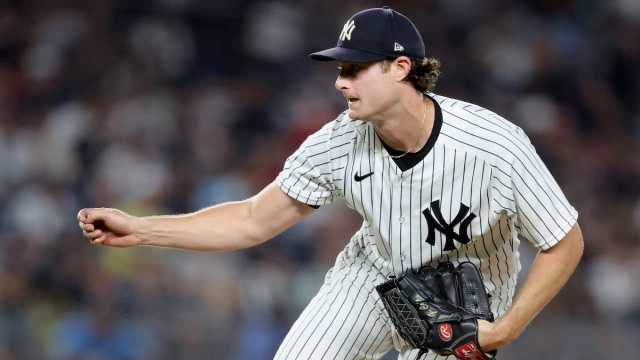 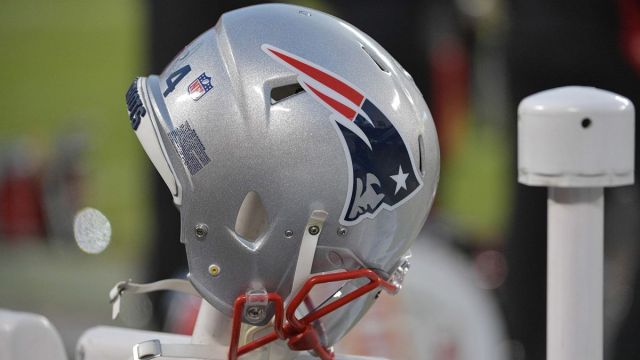