The Boston Red Sox earned a walk-off win in extra innings against the New York Yankees on Saturday, securing a 6-5 result.

ONE BIG TAKEAWAY
Alex Verdugo came through for Boston. The Red Sox were without All-Star Rafael Devers on Saturday night, and they needed a team effort to get the win against the Yankees. Verdugo played a huge part with an RBI single in the eighth inning to tie the game up at 3-3, and the left fielder followed it up with a RBI single that brought in Rob Refsnyder and Jeter Downs for the walk-off win.

The Red Sox had huge support from Tanner Houck, who pitched two shutout innings to hold the Yankees to three runs heading into extra innings. Aaron Judge provided Boston fans with a scare and New York fans with hope. But a Josh Donaldson bobble on Xander Bogaerts’ tenth-inning grounder prevented a game-ending double play. The play allowed Verdugo to get an at-bat and help Boston earn its second walk-off win of the year.

STARS OF THE GAME
— Verdugo was the man for the Red Sox on Saturday night. He went 3-for-5 with three RBIs, including the two game-winning runs.

— Judge went 2-for-5 on the night, including a RBI double to put the Yankees up in the top of the tenth inning.

— Kutter Crawford followed up his lights out Independence Day outing with a six strikeout game through five innings on a career-high 88 pitches. The right-hander’s only blemish was the homer he gave up to Aaron Hicks.

WAGER WATCH
Refsnyder had +650 odds to hit a home run on DraftKings Sportsbook. A $100 bet on the outfielder to hit a homer off his former team would have paid out $750 total.

ON DECK AT NESN
The Red Sox will close out the series against the Yankees on Sunday at 7 p.m. ET. The game will be broadcast on ESPN. Boston returns to NESN on Monday when it begins a four-game series against the Tampa Bay Rays. First pitch is scheduled 7:10 p.m. 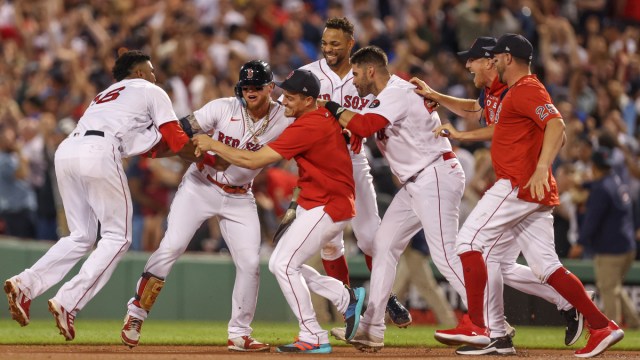 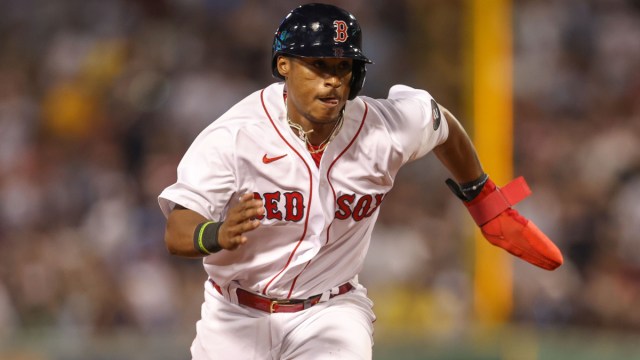 Jeter Downs Plays Hero In Red Sox Return, ‘Nobody Was Stopping Me’