The Boston Red Sox opened up the second half of the season in losing fashion on Friday night, dropping the series opener, 28-5, at Fenway Park.

ONE BIG TAKEAWAY
The Blue Jays absolutely dominated the Red Sox on Friday. Most notably, their offense.

It only took three innings for the Blue Jays’ bats to accumulate more than enough run production to put the Red Sox away. The runaway swing came off the bat of Blue Jays right fielder Raimel Tapia who contributed his first four RBIs with a bizarre turn of events in Boston’s outfield. Center fielder Jarren Duran lost the ball in the air, with it falling behind him at the warning track and resulting in an inside-the-park grand slam for Tapia.

Toronto’s offense, one of baseball’s best, collected five doubles and five home runs, notching an all-time franchise record for runs scored in the process — and a Major League Baseball record this season. The Blue Jays finished the night out-hitting the Red Sox lineup, 29-10, with Boston’s pitching only managing to hold Toronto scoreless in two innings.

The Red Sox also set a new franchise record themselves, topping a 1923 record of 27 runs allowed.

STARS OF THE GAME
— Tapia got the show started with his inside-the-park homer, the second in Blue Jays history, per ESPN Stats and Info. Tapia also doubled, his 16th of the season, finishing the game 3-for-7 with six RBIs.

— Lourdes Gurriel Jr. had himself a night, going 6-for-7 while setting a career-high with hits in a regular-season game. Five RBIs accompanied his six hits.

WAGER WATCH
DraftKings Sportsbook set the odds of a Vázquez home run at +800 heading into Friday’s game. The eight-year veteran cashed that ticket in the fourth inning with his seventh of the season, with a $100 bet paying out $900 total.

ON DECK AT NESN
The Red Sox and Blue Jays will continue their three-game series on Saturday. First pitch from Fenway Park is scheduled for 4:10 p.m. ET following an hour of pregame coverage on NESN. 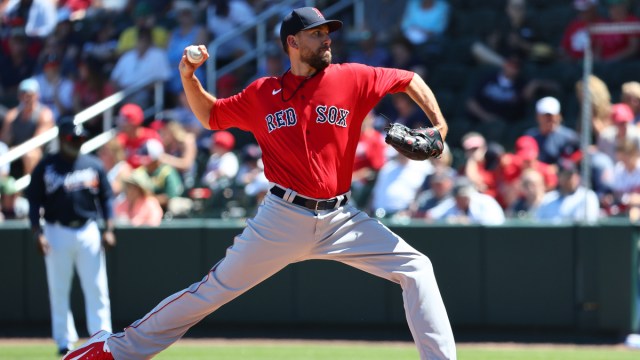 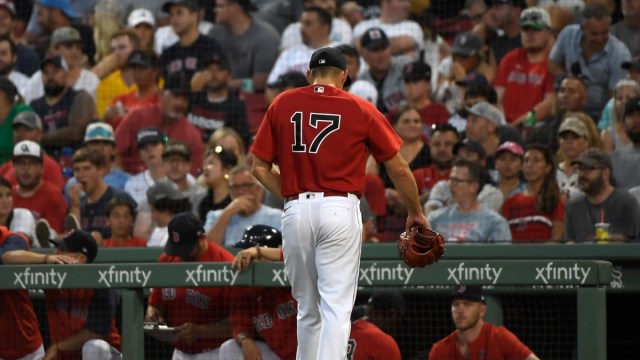 Red Sox Rocked By Blue Jays, 28-5, In First Game Out Of All-Star Break