The Boston Red Sox are enveloped in a dreadful month of July, posting a 6-16 record while falling to last place in the American League East. It’s clear they need a shot in the arm.

While that boost would ideally come on the pitching staff — Boston has allowed 156 runs in the month, an average of 7.09 per game — as the Major League Baseball trade deadline approaches on Aug. 2, they may be able to find a boost out of one of their own prospects: Triple-A Worcester catcher Ronaldo Hernández.

Hernández has caught fire over the last two months, with MLB.com naming him a player to keep an eye on after his strong start to July.

Hernández was acquired in February 2021, arriving from Tampa Bay with current Triple-A Worcester infielder Nick Sogard for pitchers Jeffrey Springs, Chris Mazza and cash. The 24-year-old quickly made his way to Triple-A, joining Connor Wong as the battery pack for Chad Tracy’s WooSox.

While Kevin Plawecki has a firm hold on the No. 2 catching job in Boston behind Christian Vázquez, both players are due to hit free agency following the season. Allowing Hernández, who is on the Red Sox’s 40-man roster, a crack at the major leagues can only serve to help him moving forward. Who knows, it may even help the struggling Red Sox. 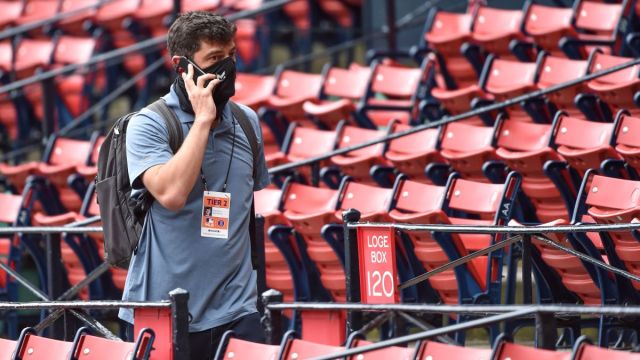