Danny Ainge could have dealt the Boston Celtics an indirect jab this summer, but it seems Dealer Danny is pulling his punches in pursuit of a better return.

Ainge, the CEO of the Utah Jazz, seemingly was in line to help one of Boston’s Eastern Conference rivals, as the Miami Heat were involved in trade rumors for Donovan Mitchell. The Heat, who the Celtics bested in the Eastern Conference finals, reportedly have been passed by another suitor, though.

Instead, the New York Knicks seemingly are the frontrunner to land Mitchell, according to The Athletic’s Shams Charania. Utah is having conversations with multiple teams, but the Knicks have emerged as “the focused destination.”

That would be welcome news for the Celtics.

After all, there’s no debating the Celtics, who watched Ainge hire top assistant Will Hardy as Utah’s head coach this summer, are better off if Mitchell goes to the Knicks as opposed to the Heat. Miami reportedly offered a trade package the Jazz deemed insufficient given Pat Riley and company are not strapped with enough picks or young assets.

The Heat pushed the Celtics to seven games in the Eastern Conference finals this spring. Miami’s biggest downfall was that it missed a consistent second scorer to pair with Jimmy Butler. Mitchell, entering his age-26 season, has averaged 23.9 points on 44.1% from the field in his five-year career. The three-time NBA All-Star undoubtedly would provide Miami with what it was missing, the same reason Kevin Durant to the Heat would be Boston’s nightmare scenario.

Mitchell to the Knicks, on the other hand, shouldn’t scare Boston too much. Sure, New York would get better with the acquisition of the former lottery pitch, but the Knicks have more to address than the Heat. New York finished 11th in the Eastern Conference last season, 14 games back of the Celtics for the second seed and six games back of even making the Play-In Tournament.

And who knows who might be involved in a deal for Mitchell? Does RJ Barrett go to Utah? Obi Toppin? Cam Reddish? Any of those moves would (albeit minimally) negate the arrival of Mitchell, though it’s likely Ainge is seeking more of a draft-heavy haul.

Nevertheless, if Mitchell is traded to the Eastern Conference, there aren’t many landing spots the Celtics would prefer over the Knicks. But one they absolutely wouldn’t be thrilled to see is the Heat. 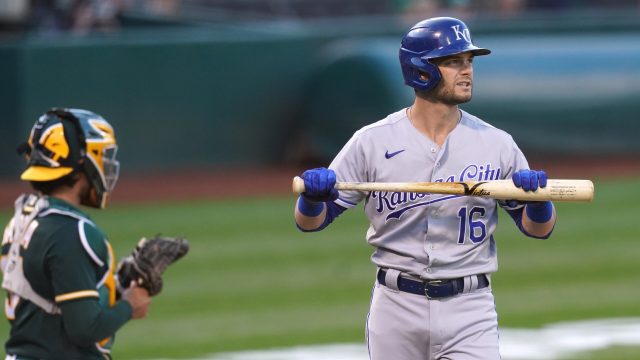