James White announced his retirement from the Patriots last week, and the departure of the trusted third-down target opened up an opportunity for a new pass-catching contributor in New England.

Patriots second-year running back Rhamondre Stevenson initially seemed poised to take on that role, perhaps alongside versatile threat Ty Montgomery, and those thoughts have been granted more to stand on after the effusive praise from head coach Bill Belichick on Tuesday.

Belichick spoke extensively about Stevenson’s development as a pass-blocker, and how it further complements his skillset as a pass-catcher out of the backfield. That sort of role will be crucial in helping fellow second-year player in quarterback Mac Jones on third down.

“Mondre’s done a really good job improving his pass game skills, starting with blitz pickup and protection,” Belichick said Tuesday before the Patriots hosted the Carolina Panthers in their first of two joint practices, per a team-provided transcript. “Route running — he’s got good hands. Catching the ball’s never really been an issue. It’s setting up defenders, recognizing coverages, when to sit down, when to break, depending on what the rest of the pattern is, how to maximize the distribution on the pattern.”

Stevenson, a 2021 fourth-round pick out of Oklahoma, caught 14 of the 18 balls thrown his way last season for 123 yards and three first downs.

“The back’s always kind of the last person in the pattern for flare control. So, whatever the rest of the players are running, the back is generally responsible for filling in — being in the right spot so the quarterback has an outlet,” Belichick continued. “… But most of the back’s routes come off protection, so there’s a protection element, there’s blocking the guy, recognition of it, and being in the general, or specific spot that he needs to be in to complement the rest of the pattern. That comes a lot with experience. There’s so many different variables there. Each play’s a little bit different.

“… But he’s done a good job of, again, gaining experience and all that,” Belichick added of Stevenson. “He’s way better than he was last year and he understands that’s an important part of his game. It’s not just carrying the ball, it’s all things that go with the passing game. So, he’s done a great job.”

Stevenson will join Damien Harris atop the Patriots depth chart at the running back position, but figures to be more involved in passing situations given the way his skillset fits the third-down role. An obvious reason Stevenson would lose out on that opportunity would be if he was not able to keep rushers from Jones. But Belichick’s sentiments indicate the sophomore running back is in for a larger role this season, for an organization that consistently has second-year breakouts at the position.

Stevenson and the Patriots will return to the field Wednesday for the second day of joint practices before New England faces Carolina in a preseason game Friday night. 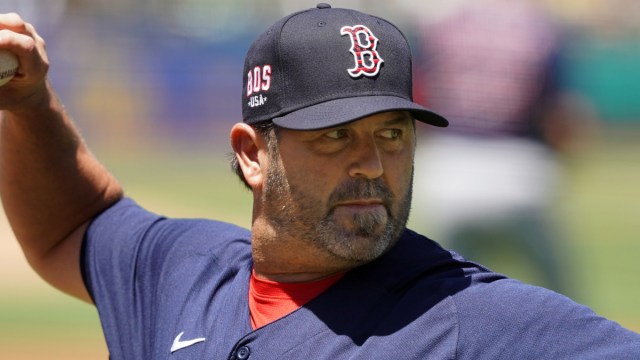