When the Bruins’ season ended with a first-round playoff loss to the Carolina Hurricanes, most assumed there only were two options for Patrice Bergeron going forward.

Retirement probably wasn’t totally off the table for Bergeron, who turned 37 years old in late July. And if the five-time Frank J. Selke Trophy winner wanted to keep playing in the NHL, the only team that seemed practical was the Bruins, with whom Bergeron played all 18 of his seasons in the league to date.

Hockey followers and media members alike, however, had some offseason fun with an idea that felt more like fan fiction than a legitimate theory. After Kent Hughes was hired as general manager of the Canadiens, the hypothetical of Bergeron’s longtime agent bringing the veteran center to Montreal was born.

But as Bergeron made clear Monday in a press conference, his first since signing a new one-year contract with the Bruins, the idea of joining the rival Canadiens never crossed his mind.

“We’ve known each other for 20 years, right? So, he (Hughes) knows with me the Bruins — that was the only place I wanted to be,” Bergeron told reporters. “If things would have been different and I thought any differently, he knew that maybe I would have reached out after July 13. But there was never a doubt in my mind, so he knew that he kind of had to stay out of the way, I guess, and let me make my decision with the family.”

Bergeron’s commitment to winning is well-documented, and taking his talents to Montreal would not have set him up for success in what might be the final season of his storied career. The Canadiens currently have the third-longest odds at DraftKings Sportsbook to win the 2023 Stanley Cup. 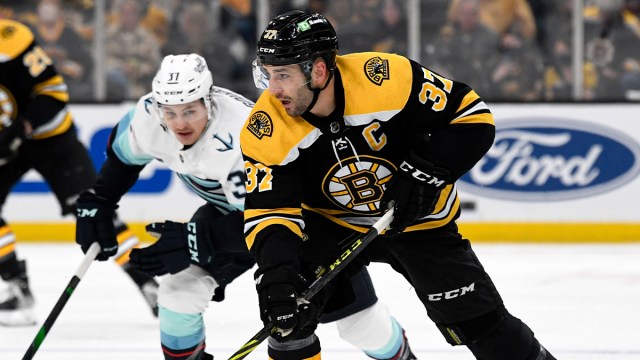 Patrice Bergeron Reveals When He Knew He ‘Needed’ Bruins Return 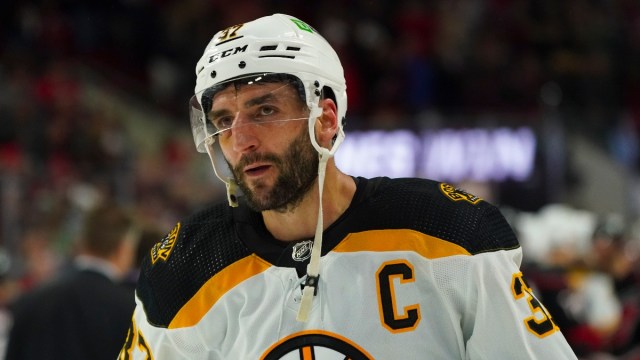