Regardless of how you feel about Deshaun Watson and the length of his suspension, there’s no denying the final outcome is a positive for the New England Patriots.

The NFL on Thursday announced that it reached a settlement agreement with Watson, who will be fined $5 million and suspended for the first 11 games of the 2022 season for violating the league’s personal conduct policy. The 26-year-old star quarterback has settled most but not all of the 24 civil lawsuits in which he’s accused of varying degrees of sexual misconduct.

Watson has maintained his innocence throughout a process that dates back to early 2021. He is set to enter his first season with the Cleveland Browns, who acquired him via a blockbuster offseason trade with the Houston Texans and signed him to a record-breaking contract extension.

Now, back to the Patriots.

New England and Cleveland will meet in Week 6 at FirstEnergy Stadium. No matter which way you slice it, the game now is more winnable for the Patriots than it would’ve been if Watson were at quarterback. You easily could make the case that the Browns have a more talented roster than New England, and Bill Belichick routinely struggled to contain Watson when the athletic QB played for the Houston Texans.

As of right now, old friend Jacoby Brissett is in line to star for the Browns over Josh Dobbs and Josh Rosen. Perhaps Cleveland now swings a trade for Jimmy Garoppolo, but he’s an average-at-best quarterback, anyway. No matter who’s under center for the Browns in Week 6, they won’t be nearly as dangerous as Watson.

But it’s not just about Week 6.

Like it or not, the Patriots now are a middle-of-the-road AFC team. Bill Belichick is more than capable of making such takes age poorly, but the reality is that New England no longer is a lock to make the NFL playoffs.

And so, it only can help the Patriots that a team that finished just two games behind them last season — and since has added star wideout Amari Cooper — will be without its franchise quarterback for 11 games. Brissett and Garoppolo are decent NFL quarterbacks, but the Browns simply are a worse team with either of them at quarterback instead of Watson.

The Patriots backed into the playoffs last season as the fifth seed after winning 10 games, with four teams finishing with nine victories. They had almost no room for error then, and the same could prove true this season. It’s not crazy to envision a scenario in which the Patriots go, say, 9-8 and make the playoffs as the sixth seed while Cleveland finishes 8-9, or something.

“Yeah, well, if the Browns had Deshaun Watson…” would be a very fair thing to say on Black Monday.

Or maybe the Patriots surprise everyone who’s seen them during training camp and coast to the postseason. But if they more closely resemble the previous Tom Brady-less Patriots, developments like Watson’s suspension and Zach Wilson’s injury could mean the difference between making the playoffs and staying home. 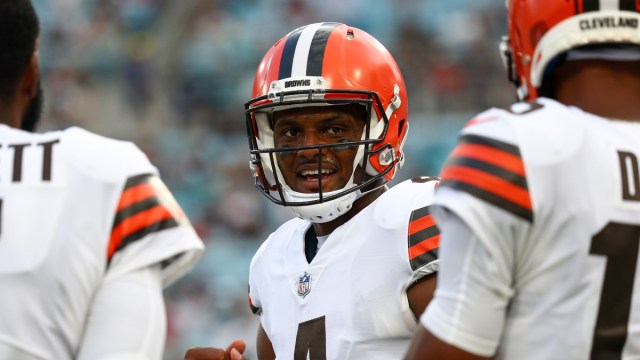 Deshaun Watson Wastes No Time Making His Own ‘Apology’ Worthless 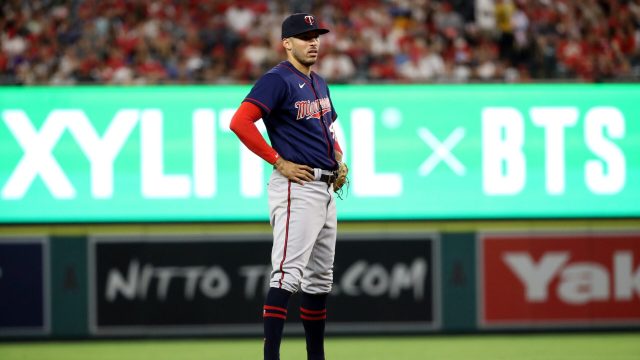