Deshaun Watson only cares about Deshaun Watson. If his actions — alleged and otherwise — haven’t made that clear, Thursday’s performance cemented it.

Watson will miss the first 11 games of the 2022 season, the NFL announced Thursday. The league and the players association reached a settlement that includes an 11-game suspension and a $5 million fine for the Cleveland Browns quarterback who was accused of sexual misconduct from multiple massage therapists.

In the process, Watson (and by extension, the Browns) have put forth a laughable tour de force on how not to handle such a situation. At just about every stop, Watson has proclaimed innocence despite mounting evidence and testimony to the contrary. That path, though, has seen a couple of public-relation detours that seemed far more perfunctory than anything approaching genuine.

Which is kind of wild, by the way, given the original ruling from Judge Sue Robinson, who ruled as an independent arbiter and levied the original six-game suspension on Watson. In her ruling, Robinson chastised Watson for a lack of remorse.

After that ruling, Watson was given a chance to, you know, show remorse and did so in the most half-hearted, controlled way possible: an interview on the team’s social media channels.

“Look, I want to say that I’m truly sorry to all the women that I’ve impacted in this situation,” Watson said in the video after confirming he was indeed “super-excited” to be playing tackle football again.

“The decisions I’ve made in my life that have put me in this position, I’d definitely like to have back,” he admitted.

Of course, that’s a far different tune than the QB was singing in late March after the Browns moved heaven and earth to acquire him from Houston and then proceeded to give him roughly a bajillion dollars to play football.

“I don’t have any regrets,” Watson said just five months ago in an introductory press conference. “Like I said before, the things that are off the field right now that came off caught me by surprise because I never did anything these people are alleging.”

Back to Thursday. Shortly after the league and union announced their agreement on a beefed-up penalty, Watson provided this lame, canned “apology” through the team:

“I apologize once again for any pain this situation has caused,” the statement read in part. “I take accountability for the decisions I made.”

“I stood on my innocence and always said I’ve never assaulted anyone,” Watson told reporters literally minutes after the fake apology. “I’ll continue to stand on that, but at the same time, I have to continue to push forward with my life and my career. For us to be able to move forward, I have to be able to take steps and put pride to the side and I’m going to continue to stand on my innocence and keep pushing forward. I’ve always stood on not disrespecting or sexual assault or anything.”

That’s a whole lot of standing for someone who has cowered at every chance he’s had to take responsibility if not for the actions, the situation in which he got himself.

“I’m moving on with my career and my life and I’ll continue to stand on my innocence. Just because settlements and things like that happen doesn’t mean that a person is guilty for anything. I feel like a person has the opportunity to stand on his innocence and prove that. We proved that on the legal side.”

Watson, who faced 24 civil suits, had settled all but one by the time Robinson’s ruling came down. Robinson also wrote she found the NFL’s case to include “sufficient circumstantial evidence to support the NFL’s contention that not only that contact occurred but that Mr. Watson was aware that contact probably would occur, and that Mr. Watson had a sexual purpose — not just a therapeutic purpose — in making these arrangements with these particular therapists.”

So while Watson’s claim of “proof on the legal side” might technically be true for someone who wasn’t convicted of any crimes, he’s not absolved of blame, either.

To recap: He’s definitely sorry for any pain he might have caused, but he also wants you to know he didn’t do anything wrong. Kind of hard to have it both ways, but then again, that’s kind of on-brand at this point.

“Well, I have to do what’s best for Deshaun Watson at the end of the day,” the QB said Thursday when asked about public backlash.

That might be the only true and legitimate thing Watson has said in a long time. 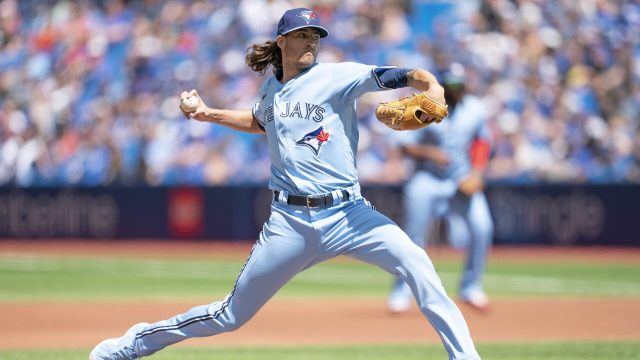 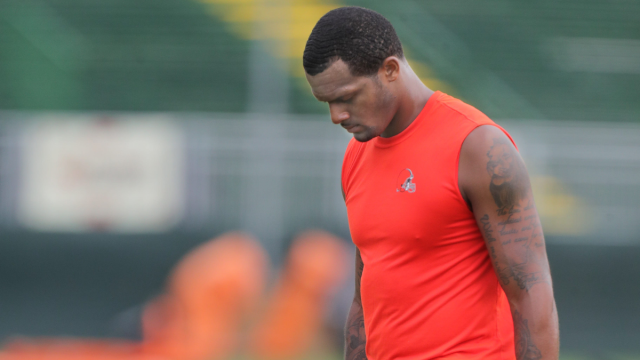