Not only have there been lingering concerns about who will call the offensive plays for the Patriots this season. NFL Media’s Mike Giardi also tweeted over the weekend that Jones has had “far more” moments of uncertainty in camp this summer than he did a year ago.

Obviously, there’s plenty of time to iron out the kinks. It’s early August. The regular season is about a month away. But it’s still a somewhat troubling development given the potential Jones showed in his rookie campaign.

Eric Mangini, a former NFL head coach who spent time on Bill Belichick’s staff in New England, on Monday cautioned to take the recent reports with a grain of salt. He’s not ready to completely overlook the training camp struggles, though, largely because of one significant question hanging over Jones’ sophomore season after the departure of offensive coordinator Josh McDaniels.

“Now, there’s an issue here where if Mac Jones does struggle, who’s he going to? Who’s he going to?,” Mangini asked on FS1’s “First Things First.” “Who’s going to help him through it? And the only guy I could find on the staff was Brian Hoyer, and he’s the backup quarterback. But besides that, there’s five offensive coaches that left, and so there’s a lot of things going on here, (Kevin) Wildes, and your concern should be a little bit higher than maybe it is.”

There’s been a lot of coaching turnover in New England, with McDaniels’ exit to become head coach of the Las Vegas Raiders being the most notable subtraction. Jones and McDaniels seemingly were joined at the hip last season, which worked out well for the Patriots QB, and now the 2021 first-round pick is working with a revamped staff while trying to stave off any potential Year 2 growing pains.

“Look, Mac Jones doesn’t need to be better than those guys that you said. He just needs to be better than he was last year. And that’s really what this is about,” Mangini said Monday, after FS1’s Nick Wright claimed Jones is no better than the ninth-best QB in the AFC. “Because the things that you’re asked to do in New England aren’t the things those other teams are asking you to do. So, you’d like to see progress on his part. But you made a good point: He struggled down the stretch, including the playoff game, and he had almost the same number of touchdowns as picks during that run. I think his best game, his biggest game during that period, was the win against Jacksonville and you can put an asterisk there. But that is a concern going into the offseason the way that he did.

“Now, there is this uncertainty in terms of where he’s going to go to find the answers that he needs. Mac Jones has a lot of answers and he’s not worried about it, and to me that should be your concern, too: He’s very comfortable with he could lose everybody and it doesn’t matter to Mac Jones, he’s just going to keep striding on.”

Will Jones’ play suffer from the soon-to-be-24-year-old not having a consistence presence, like McDaniels, to lean on in 2022? Or will he be OK, with Matt Patricia and Joe Judge joining the offensive side of Belichick’s staff?

If nothing else, it’s a valid question as the Patriots face more uncertainty than usual. 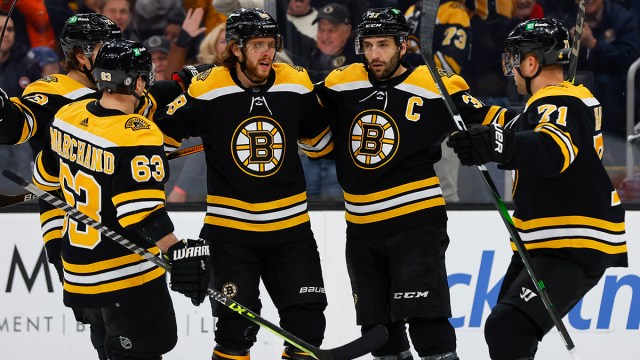 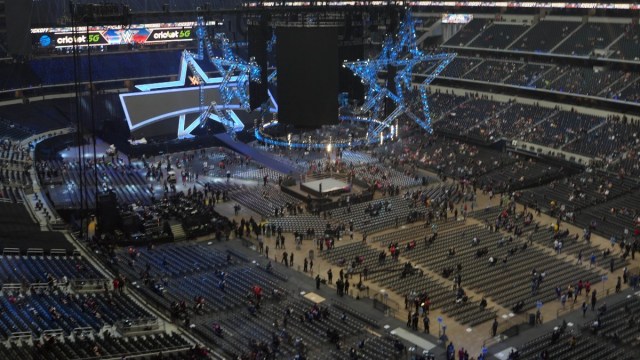