McDaniels, New England’s offensive coordinator for the last 10 seasons and 13 of the last 16, left this offseason to become head coach of the Las Vegas Raiders. The Patriots have replaced him with a still-nebulous combination of Matt Patricia, Joe Judge and Belichick, who declined to name an official coordinator on either side of the ball for 2022.

Patricia’s and Judge’s backgrounds are defense and special teams, respectively, and neither had offensive play-calling experience before this preseason. Patricia looks like the favorite to call plays this season, though Belichick has yet to confirm that.

With the Patriots in Vegas this week for joint practices with the Raiders, McDaniels was asked Wednesday for his opinion on his former team’s new setup. He expressed confidence in Belichick, noting he had minimal offensive coaching experience when he began calling New England’s plays in 2005.

“I really don’t know exactly what everybody’s doing over there,” McDaniels said before Wednesday’s practice. “I just know that they’ve got a lot of really good coaches. I was in a position once where I was on the defensive side of the ball for a couple years, then I moved over and coached quarterbacks for one year, then all of a sudden, the next thing I’m doing is being ready to call the offense after being on the offensive side for one year. And I remember nobody believing that that was really the case, you know?

“Look, I think at the end of the day, Bill has a plan for whatever he wants to do, and that plan, sometimes he has foresight that some of the rest of us don’t have. I didn’t have it when he pushed me ahead and helped me do that.”

The Patriots needed to restock their offensive staff after McDaniels took three assistants (Mick Lombardi, Carmen Bricillo and Bo Hardegree) with him to Vegas and longtime running backs coach Ivan Fears retired. Patricia is coaching the offensive line for the first time since 2005 when he was an assistant under Dante Scarnecchia. Judge is coaching Mac Jones and New England’s other quarterbacks for the first time in his career.

Belichick also is implementing a new offensive scheme, carrying over some concepts while introducing a higher frequency of outside-zone runs and Sean McVay-style formations. The results thus far have been mixed at best, with the Patriots struggling to move the ball effectively in many of their training camp practices.

That was the case for much of Tuesday’s joint session, as the Jones-led first-team offense looked lifeless before finishing with a successful two-minute drill.

“I’ve got a lot of friends over there,” McDaniels said. “I’ve got a lot of people over there that I have a tremendous amount of respect for. Coaching’s coaching. You learn something new every day. I don’t have every answer on offense. I don’t have every answer on defense or the special teams area. That’s why you have a staff. You work together and try to produce the best result you can, and what I saw (Tuesday), that was as competitive of a practice as we could ask for in every phase. We lost plays in every phase. We were competitive in other plays. That’s just what you’re going to see.”

The Patriots’ final preseason tuneup will be Friday night against the Raiders at Allegiant Stadium. We’ll get our first official look at their post-McDaniels offense when they open the regular season Sept. 11 against the Miami Dolphins.

“I think that those guys are going through their process,” McDaniels said. “We’re here, and we’re going through our process. We don’t have it all figured out now in terms of going through a change; we have a new staff. Every team goes through this. It’s not unique to us or them. We’ll all figure it out somehow.” 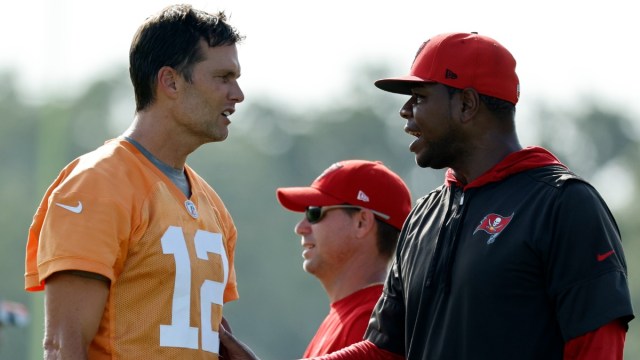 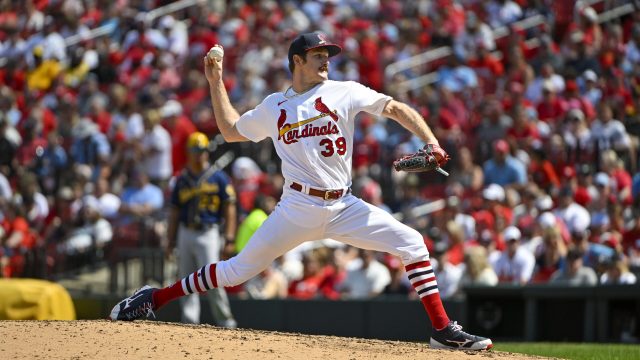