Patrice Bergeron knows the finish line is near, and his legacy with the Boston Bruins is already solidified. Yet, the captain wants to make sure he leaves the storied franchise in a better place than where he found it.

The Bruins on Monday made Bergeron’s return for a 19th season official. The five-time Frank J. Selke Trophy winner believes he still has enough in the tank for at least one more run at a second Stanley Cup. But in addition to what he can do on the ice, he believes he can further solidify his long-term legacy on Causeway.

“To me, having the pride to play for the Boston Bruins and this historical team, to me, it’s the only motivation you need to leave this jersey in a better place,” he said Monday.

That definitely sounds like a quote we’ll see on a wall in a Bruins dressing room or hallway someday.

Bergeron clearly is one of the most loyal athletes in New England sports history. He kept to his word that he only wanted to play with a Spoked-B on his sweater. While he’ll almost certainly make $5 million this season, he probably could have made more somewhere else, and he allowed his contract to be structured in a way that could theoretically help Boston ice a competitive team.

“That’s the one thing you kind of hope people buy into. I feel like this team and even younger guys have been really buying in. You hope it carries on. It didn’t start with me or (David Krejci), it’s really beyond my years. I think it’s great to have in a historical franchise like the Bruins.”

The Bruins have an uncertain future once Bergeron finally decides to call it a career. That became even more uncertain Monday with the return of Bergeron and Krejci, as the salary cap implications of their respective returns will likely be felt next season, too, regardless of whether the veteran pivots are back.

But with players like Brad Marchand and Charlie McAvoy ready to take the baton, the Bruins’ leadership core is fairly well established. That’s in part thanks to the work Bergeron has done over the years. 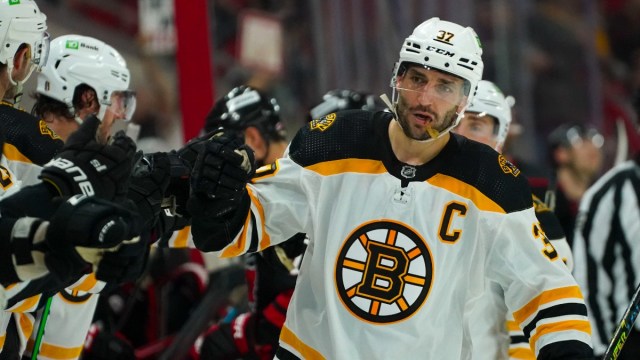 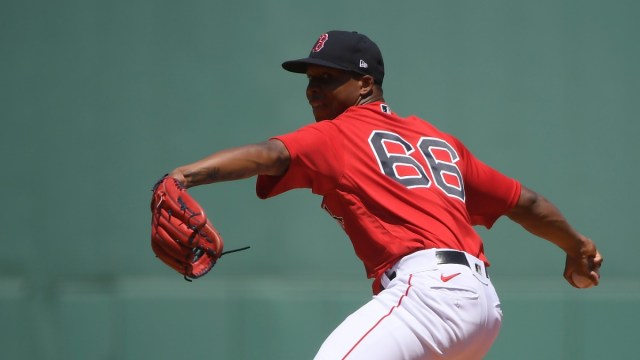