Wednesday was, in the words of starting quarterback Mac Jones, “better.”

Jones completed 20 of 25 passes in 11-on-11 drills and delivered impressive touchdowns to wide receiver Jakobi Meyers (two) and tight end Hunter Henry (one) in a far more encouraging offensive effort against the Las Vegas Raiders.

“It was a good, clean practice,” Jones said afterward.

Those have been hard to come by for the Patriots this summer. Their transition to a new offense, with new coaches leading it, has been far from seamless.

In their first joint practice with the Raiders, the Patriots struggled to move the ball with any consistency before finally finding some momentum in a late two-minute drill. The start of Day 2 in Vegas was a bit of a slog, as well, with Jones frequently settling for checkdowns in the first few competitive team periods.

But Meyers’ first touchdown — a beautiful over-the-shoulder ball in the corner of the end zone that beat blanket coverage by safety Tre’von Moehrig — set the tone for a much stronger second half.

Two plays later, Jones hit Kendrick Bourne for a short touchdown on a return route, though that was wiped out by a hold on guard Mike Onwenu. Early in the next period, he connected with tight end Jonnu Smith for 15 yards. He found success targeting Ty Montgomery, completing each of his four passes to the running back/receiver hybrid.

A subsequent red-zone period featured another contested score by Meyers and a short touchdown to Montgomery, who got open with a speed out on third-and-goal.

Then, as it did Tuesday, the Patriots’ top offense closed out practice with a successfully run two-minute drill. Jones moved his unit downfield with a dump off into the flat to Rhamondre Stevenson, a strike down the seam to Henry and — after Pro Bowl edge rusher Maxx Crosby overwhelmed backup right tackle Justin Herron to force a throwaway — a completion over the middle to Meyers.

An incomplete fade into the end zone to Bourne left the Patriots with four seconds remaining on the metaphorical game clock, which gave time for one final play. This time, Herron kept Crosby from harassing Jones, and the second-year QB lofted a pass over a leaping linebacker and into the hands of a crossing Henry, who spiked the ball with ferocity while his offensive teammates celebrated.

“(On Tuesday), we had some different looks, different things we had to adjust to,” Henry explained. “We kind of knew what we were stepping into a little bit more (Wednesday). We had some things early on, and we kind of got going as the practice went. Once we started stringing things together, it felt better. And when you’re consistent and continuing to string plays together, it’s kind of like a snowball effect. It’s just going to continue to build.”

Can the Patriots build a consistently effective offense in time for their Sept. 11 season opener? That remains to be seen. It’s important to note some of their most promising practices of late have featured almost no running plays, and their struggles in that area have persisted throughout the summer.

On Wednesday, the Patriots’ first-team offense called just four designed runs, including a jet sweep to Smith. In their first Raiders practice, they ran the ball seven times and were stopped for minimal gains on six of them. Lead back Damien Harris also exited Wednesday’s practice and did not return, adding another layer of uncertainty there.

Henry did say he’s seen the Patriots’ run-blocking communication — a major issue earlier in camp — improve “a lot” of late.

“We’re just building, man,” Henry said. “This is a process. This is what training camp’s for. It’s for those tough times. It’s for days like this when it’s hot, going against a good football team. You’ve just got to go out there and compete. There’s going to be ups and downs, you’re going to learn a lot, but this is why we’re here. … This is good for us, really.”

The Patriots and Raiders will square off again Friday night at Allegiant Stadium to close out the 2022 preseason. 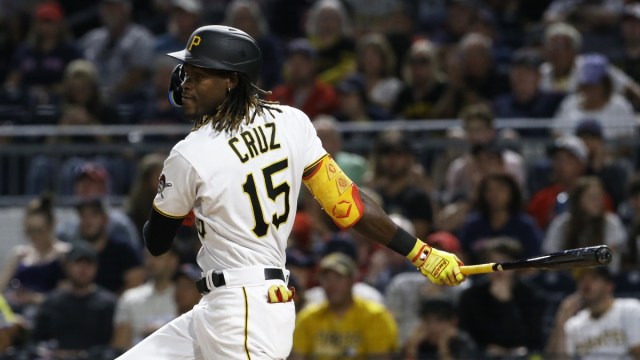 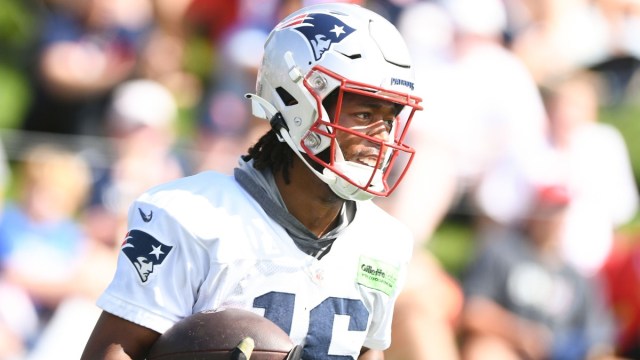 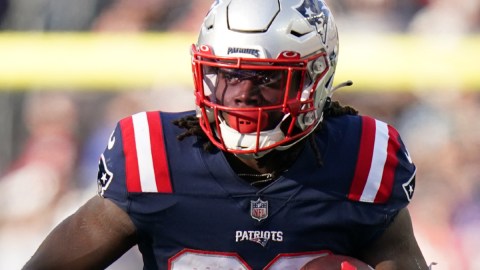