Just How Concerning (Or 'Alarming') Is Current State Of Patriots' Offense? Skip to content

Bill Belichick wants to “streamline” the Patriots offense. To streamline something is to bring it up to date, and/or make it simpler or more efficient. At this point in training camp, it sounds like Belichick might want to pick a new word.

Belichick might never admit as much publicly, but Patriots fans might want to temper expectations if they haven’t already when it comes to the new-look offense.

New England, in a fairly surprising move, has overhauled its offense. Some of that was by necessity, of course. Not only is Josh McDaniels gone to Las Vegas. The former offensive coordinator brought a whole bunch of assistants with him in the process. That brain drain kind of forced Belichick’s hand, perhaps more than we even realized at the time, and now he’s pivoting.

There have been drips and drabs throughout the offseason about changes to the offense. Kendrick Bourne spilled some of the beans to NESN.com’s Zack Cox in June. Then, in late July, Patriots radio analyst Scott Zolak quasi-reported the Patriots are shifting to a more Shanahan-inspired offense with a run-game emphasis on zone blocking.

Zolak made it seem like there would be elements of that zone game. Former NFL linebacker Ted Johnson believes it’s an overhaul.

“They have gone all-in on this Shanahan system,” Johnson said Thursday on 98.5 The Sports Hub. ” … Clearly, they are revamping the whole thing … they are totally changing what they’re going to do.”

And so far, it doesn’t sound like that’s going so well. Belichick basically admitted as much earlier this week. After just two days of padded practices, the Patriots went back to shorts and shells, essentially for a walk-through.

“A couple of days in pads here,” Belichick said at the time, “so today we won’t be in pads. We’ll be in shells and try to clean up a few things from the last couple of days that need to be worked out and get back at it.”

That took Johnson by surprise, to say the least.

“Shocking,” he said. ” … It reveals to me he needed a reset of what was going on after the first two days, and that’s alarming right there.”

Growing pains are to be expected, but it’s perplexing as to why Belichick and the staff decided such dramatic change was needed. Quarterback Mac Jones clearly had success as a rookie in the previous system. Changing things completely as he enters his second season? That doesn’t seem conducive to success.

If there ever were time for a change, it would be after McDaniels left and took most of the offensive staff with him. What’s confusing in that regard, though, is why Belichick felt the need to make Matt Patricia and Joe Judge his right- and left-hand men to install a completely new system. Neither has ever been confused for an offensive mastermind.

There’s also a question as to whether the Patriots even have the right personnel to download and execute the new offense. Linemen Michael Onwenu and David Andrews ranked second and fourth in gap run blocking — the Patriots’ former offensive system — last season, per Pro Football Focus. And while Onwenu (and Isaiah Wynn had success in limited zone-blocking attempts), Andrews ranked 107 out 131 linemen who took at least 50% of running snaps.

“That completely changes my feeling about the offensive line,” Johnson said Thursday on the radio. “The guys they have are more suited for the old offense, and not this new system.”

There is one obvious caveat, of course: It’s still very early in the process. The Patriots have another week of practice in front of them, and then it’s on to three preseason games. There’s still more than a month before they kick off the season against the Dolphins. Jones might also be too good and too smart for it to die on the vine.

But constant improvement is also assuming the trio of Belichick, Patricia and Judge can navigate this ship out of rough waters.

There is time to get this right. But if they’re struggling as much as someone like Johnson believes they are, this might take some time. For a team that has started 2-4 and 2-5 in its first two seasons without Tom Brady, it shouldn’t be surprising if they have a rough go early again in 2022.

At this point, it probably should be expected. 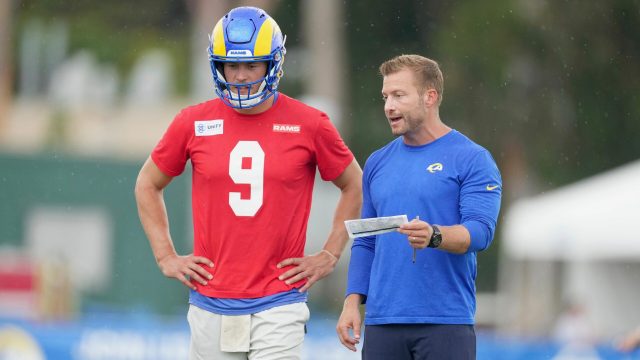 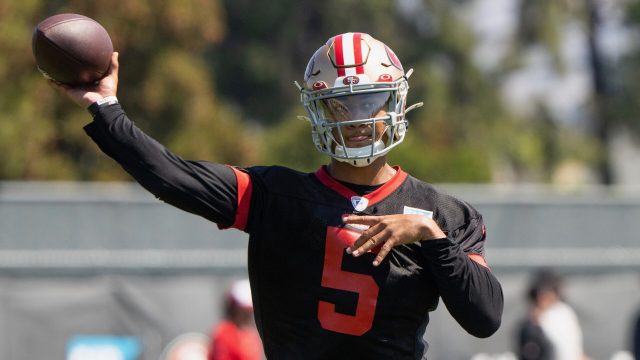 49ers Have Some 'Uncertainty' About QB Trey Lance