Speaking on WEEI’s “Merloni, Fauria & Mego,” Jones chalked up the Patriots’ issues on offense to a lack of “individual effort … and execution.”

Jones said he trusts the system New England’s offensive brain trust — led by Bill Belichick, Matt Patricia and Joe Judge — is implementing as the team moves on without former coordinator Josh McDaniels. If he and his teammates improve some of their “simple fundamentals,” the QB believes the offense will run more smoothly than it has this summer.

“We have people with plenty of knowledge and great coaches who have seen offensive football and defense and special teams,” Jones said. “They’ve seen everything, and I guess really, it’s just making sure that we all see it in the same lens, and we’re doing a good job of that. … For me, it’s about what I can do better, and there’s certainly things I want to work on, this week especially, in practice, and a lot of it is just simple fundamentals. And once that happens, we’ll play better.

“Everything around me is doing the same thing: We’re all just trying to work on one thing each day and get better, and from there, we’ll execute the plays better. That’s really all it comes down to. I know that’s a super basic answer, but I think it’s just individual effort and just execution needs to improve, and then once we do that, we’re good to go. I think the coaches have laid out what they want us to do and have done a good job of explaining to us, so we just have to do better.”

The Patriots’ Jones-led first-team offense played seven series during the preseason. Four of those went three-and-out, and another ended with an ugly interception. Just two produced points: an efficient 80-yard touchdown drive against the Carolina Panthers and a field goal New England settled for against the Las Vegas Raiders after offensive pass interference negated a DeVante Parker touchdown.

While effective in spurts, New England’s offense has struggled with some of the newly introduced aspects of their scheme, most notably the outside-zone running game. Poor communication up front has given too many pass rushers clear shots at Jones and the Patriots’ other signal-callers. Jones also has been guilty of bailing from stable pockets too quickly, which he acknowledged after last Friday’s preseason finale.

The Patriots have less than two weeks to fix their lingering offensive flaws before they open the regular season Sept. 11 at the Miami Dolphins. O-line communication will be especially important in that game, as Miami’s aggressive defense boasted the NFL’s second-highest blitz rate in 2021. 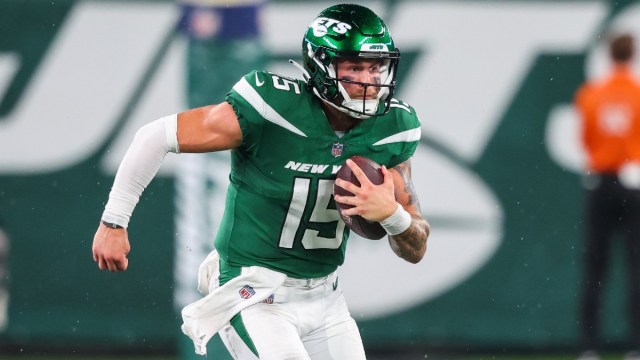 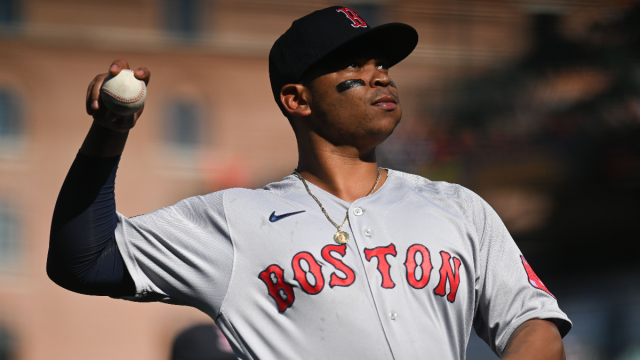