FOXBORO, Mass. — A week into training camp, the identity of the New England Patriots’ offensive play-caller remains a mystery.

Offensive line coach Matt Patricia has appeared to handle the bulk of play-calling duties so far this summer, but declined to reveal whether he’ll serve in that role during the regular season.

In most competitive team periods to date, Patricia could be seen speaking into a yellow walkie-talkie before each play, relaying the call to starting quarterback Mac Jones or understudies Brian Hoyer and Bailey Zappe.

Patricia noted, however, that he’s not “calling” these plays in a traditional sense. He’s simply reading off a predetermined script, which he said the Patriots’ coaching staff collaboratively constructs before each practice.

“It’s great this time of year because fortunately, all the plays are just scripted in a row and you just kind of read down through them from that standpoint,” Patricia said. “But what’s good is that we’re all sharing the responsibilities based on what periods we’re at in practice. So from that aspect of it, it’s structured, I would say.”

He added: “We all kind of handle — all of the coaches, all the way across the board — we all kind of work together. Coach Belichick obviously helps us a lot, too. … It’s a big divide and conquer at some points where we have to just — we have a lot of work to get done through the course of the night, and everybody really understands what we have to do.”

Quarterbacks coach Joe Judge and Belichick also have appeared to relay plays to Patriots QBs at different times during camp. Belichick, who’s devoting more of his attention to New England’s offense following the offseason departure of longtime coordinator Josh McDaniels, has been attached to Patricia’s hip during most 11-on-11 periods.

On Day 1 of camp, Jones said Patricia, Belichick and Judge all have taken turns leading offensive meetings. The Patriots are the only team in the NFL that currently does not employ an official offensive or defensive coordinator.

“There is a share of responsibilities that goes on in those situations, which is great,” Patricia said. “I think the good thing is as an offensive staff, we really try to split the meetings and everyone tries to input in different areas, so that it’s not always the same person up there all the time giving all the information. I think everyone has little areas of expertise, and part of this as a coach and developing coaches, you want them to grow, too. You want them to get up in front of the room and present an area — maybe run game, the pass protection, the routes or whatever it may be. We really just look at it as a shared responsibility right now.”

Neither Patricia nor Judge has offensive play-calling experience, focusing mostly on defense and special teams, respectively, throughout their coaching careers. Patricia believes his defensive background gives him “a lot of insight that (he) can provide” to both New England’s O-line and Jones, who is looking to build on a promising rookie season.

Asked whether the lack of a clear offensive leader could cause issues with communication or accountability down the line, Patricia again deferred to Belichick.

“I think we have an established culture here where we understand there’s input that comes from across the board,” he said. “Certainly, where there’s a hard decision that needs to be made, we’re lucky enough that our head coach here is involved in all aspects of the game and has an expertise above anybody else really, to be honest with you, in all those areas.

“So when we need a push in either direction, we really can rely on him, which is great to help us get through any of those sticky points.” 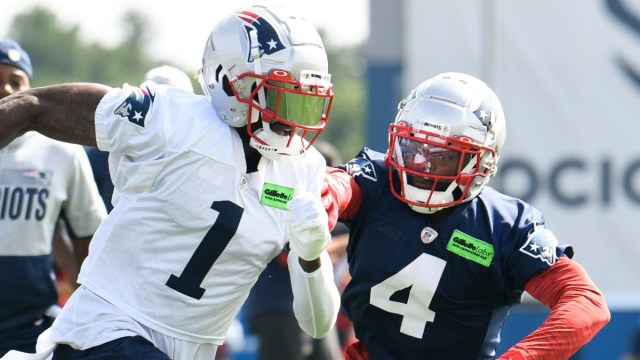 Why DeVante Parker, Malcolm Butler Stood Out During Patriots Practice 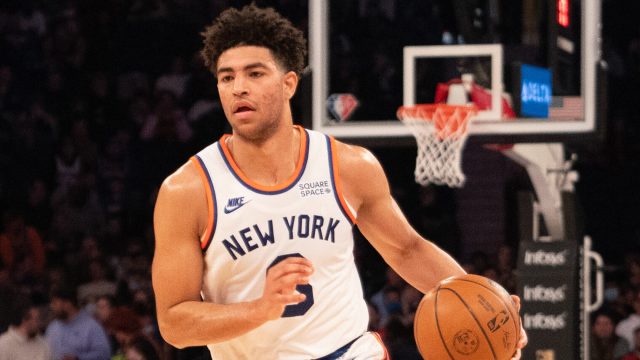