Patrice Bergeron appears to be in a good place both mentally and physically upon returning to the Boston Bruins.

The Bruins on Monday signed Bergeron to a one-year contract, after which the Boston captain met with media members to discuss his decision and expectations for the upcoming campaign. When asked for an update on his health, Bergeron, who underwent elbow surgery earlier this offseason, expressed optimism regarding his status and explained he’ll be ready for training camp.

“I’m feeling good. Health-wise, I feel good,” Bergeron told reporters during a video conference. “My elbow is, the rehab has gone well throughout. Might need a few more weeks now of rehab, but I’ll be ready for training camp. I’ve been back on the ice for the last two weeks, and I can start shooting this week and really kind of ramp up the work on the ice as far as using the elbow. I guess you can do everything else, which is fine. So, I’ve been able to skate and work on my edges and whatnot and conditioning throughout. It’s been easy that way. Health-wise, there’s no issue.”

Bergeron had surgery May 31 to repair a tendon in his left elbow. The recovery time for such a procedure typically is 10 to 12 weeks, and it sounds like the 37-year-old is trending in the right direction as he prepares for his 19th season in Black and Gold.

The Bruins will be shorthanded when the puck drops this October, as Brad Marchand (hips), Charlie McAvoy (shoulder) and Matt Grzelcyk (shoulder) underwent procedures that are expected to sideline them for the beginning of the 2022-23 NHL season. Boston certainly should feel better about its playoff chances, though, now that Bergeron and David Krejci are back in the fold.

Bergeron is coming off another productive season with the Bruins despite dealing with the elbow issue, so it’s probably fair to assume he’ll remain a solid two-way contributor on Boston’s top line. 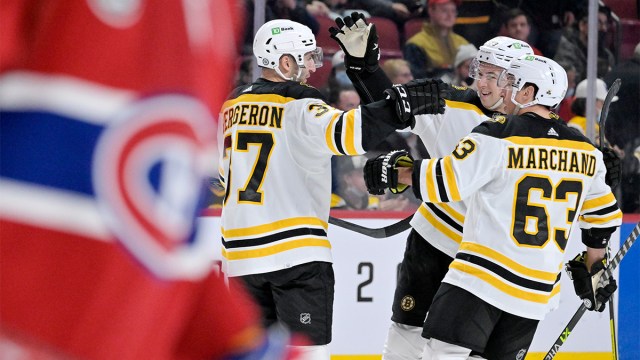 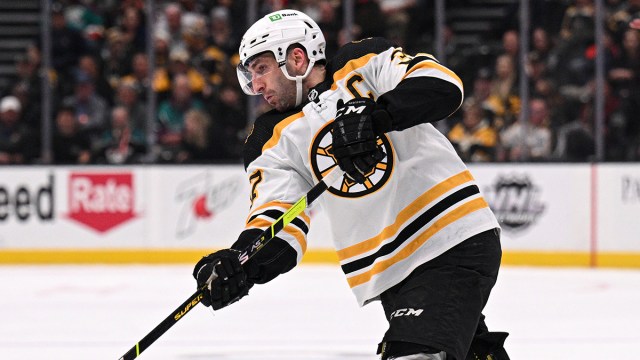