Kyle Dugger did not let Ikem Ekwonu outweighing him by 100 pounds stop the Patriots safety from knocking the Panthers’ first-round pick to the ground.

In the first quarter of New England’s 20-10 preseason win over Carolina at Gillette Stadium, Ekwonu — who’s listed at 320 pounds– was going for a block on the outside before getting absolutely leveled by the 220-pound Dugger.

Ekwonu flew back about three yards.

Adrian Phillips watched the play from the sidelines and saw the whole thing play out.

“(Dugger’s) super explosive, but dude had him by 100 pounds,” Phillips told MassLive’s Chris Mason. “That just shows how explosive and how powerful Dug really is. When he did it, I’m just standing on the sideline like, ‘Bro, he just smoked that man.’ Like head up, just smoked him. But that’s what he does.”

Ekwonu showed flashes of his potential for the Panthers with a majority of the starters getting Friday off, but he’ll likely have Dugger leveling him in the back of his mind for quite some time.

Dugger will look to continue to bring physicality to the Patriots defense when New England travels to Las Vegas to take on Josh McDaniels and the Raiders next Friday for another preseason game. 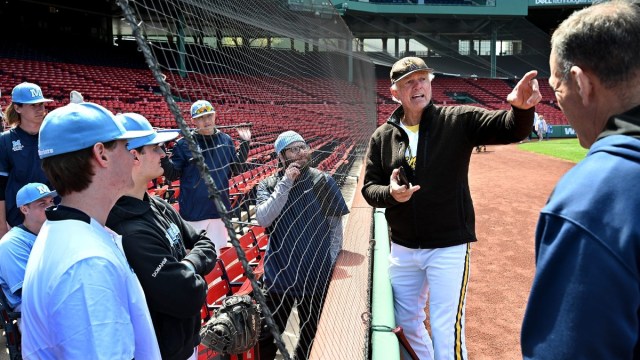 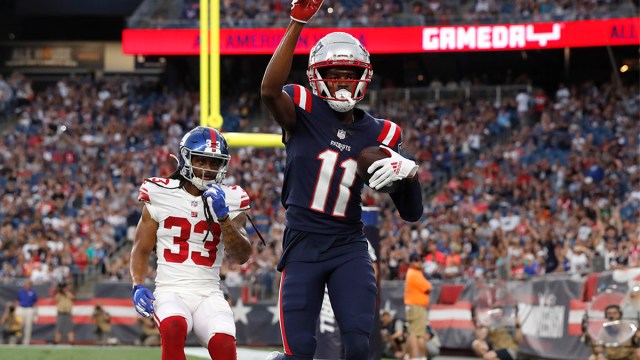 Will Tyquan Thornton Play For Patriots Vs. Raiders? Bill Belichick Weighs In