FOXBORO, Mass. — Thursday night’s preseason game between the Patriots and Giants was a predictably boring affair, but don’t tell that to the players who actually saw playing time.

Most of New England’s projected starters, including Mac Jones, took the night off against New York. But others, like rookie receiver Tyquan Thornton, had opportunities to prove themselves worthy of roles and/or roster spots. (Thornton actually hauled in a 2-yard touchdown reception.)

Here are three studs and three duds from the Patriots’ preseason opener:

STUDS
LB Mack Wilson
Wilson’s speed has been a difference-maker during practice, and it showed up against the Giants. He was flying all over the field in the first half, racking up five combined tackles and at least one quarterback pressure. Acquired in the offseason Chase Winovich trade, Wilson has the kind of athleticism and explosiveness that New England has been sorely lacking at linebacker.

DL Sam Roberts
The sixth-round pick has been a relative no-show during training camp but was a beast in the first half. At one point, he registered a pressure and drew a hold on back-to-back plays. Roberts, who is physically imposing in person, finished the night with six combined tackles and was a problem for the Giants whenever on the field.

WR Tre Nixon
Could’ve gone with Kristian Wilkerson here, as he put up the butter numbers. But we’ll pick Nixon, who had a drop in the first half but made up for it in the second when he caught a pair of 30-plus yard catches on one drive. Nixon finished the game with four catches on eight targets for 81 yards. He still might be a roster long shot, but the 2021 seventh-rounder has been solid in practice and was good Thursday night.

DUDS
OT Justin Herron
Got called for a pair of false start penalties — one at left tackle, one at right tackle — and appeared to be responsible for a sack in the second quarter. Herron seemingly is in a real position battle with Yodny Cajuste for the backup tackle job, and he didn’t do himself any favors Thursday night. He also suffered an apparent leg injury during the fourth quarter but walked off under his own power.

CB Joejuan Williams
Struggled in coverage and at one point was absolutely torched by someone named Richie James. Williams also got flagged for a facemask penalty in the third quarter. This was a tough night for someone whose roster spot was in jeopardy before the game even started.

Rookie running backs
Kevin Harris scored a touchdown at the goalline but otherwise was forgettable, finishing with 9 yards on six carries. Fellow rookie Pierre Strong didn’t do much with his opportunities, either, totaling 25 yards on six carries. He did have a decent 9-yard run in the fourth, though. Neither player has done much during training camp, though Strong’s workload did increase this week. 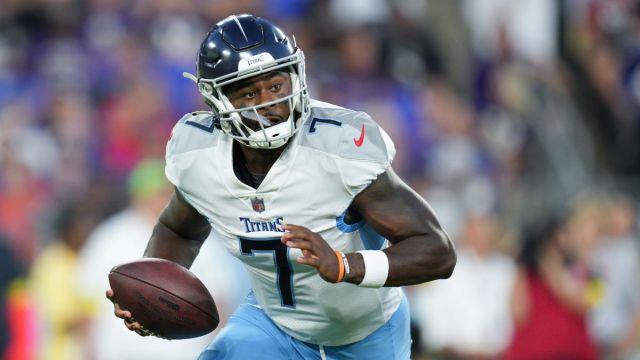 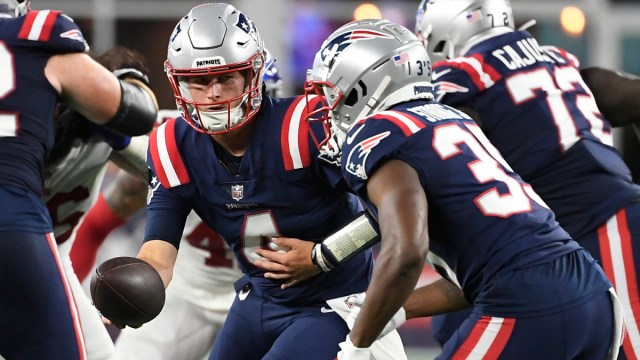