Patriots Mailbag: Which Veterans Could Be Surprise Roster Cuts? Skip to content

After a scorching week of training camp practices, come cool off with a nice, refreshing New England Patriots mailbag.

Let’s get right to your questions.

@Nate_Soto28
What’s a surprise name we could hear getting released during cutdowns
I’d put Malcolm Butler on that list.

Barring injury, I’m not sure the Patriots would keep both Butler and Terrance Mitchell on their 53-man roster — along with roster locks Jalen Mills, Marcus Jones and Jack Jones — and Mitchell’s had the better summer thus far. New England can cut either without much of a financial hit, as both veterans got less than $1 million in guaranteed money when they signed this offseason. Second-year pro Shaun Wade also has shown potential in camp, playing both inside and outside.

I also think there’s a (much less likely) chance the Patriots cut or trade Jonathan Jones if Marcus Jones looks capable in the slot, if only because doing so would free up $5.7 million in salary cap space.

And then there’s James White, who has yet to practice as he continues to work his way back from hip surgery. If I had to predict how his situation will resolve, I’d choose the Patriots keeping him on the physically unable to perform list to start the season, leaving open the possibility for a return in Week 7 or later. (Having White healthy for Week 1, while still possible, seems like a long shot at this point.)

But if the hip simply doesn’t respond the way White and the team hope, a midsummer retirement would not shock me. That’s a major injury for a 30-year-old player to recover from, and recent reports suggested White still was not close to 100% at the start of camp.

@QuintusFabius14
How did Pierre Strong Jr do today
Not much to report on Strong’s actual performance in Thursday’s practice, as he logged just one carry in team drills and wasn’t targeted in the passing game. But him being out there at all was a positive development for the fourth-round rookie.

It’s unclear what type of injury Strong has been dealing with, but he was heavily limited in each of the first six training camp practices and only participated in positional drills in the seventh. Day 8 (Thursday) was his first day of full participation. He rotated with sixth-round pick Kevin Harris on the Bailey Zappe-led second-team offense while Damien Harris, Ty Montgomery and J.J. Taylor repped with the top unit. (Taylor has mostly seen second-team duty this summer but got the bump with Rhamondre Stevenson sitting out team drills.)

Strong now will look to make up for lost time. A rookie running back missing the first week of training camp is not ideal, especially with how difficult it’s traditionally been for those players to earn early playing time in New England. But the slender, speedy South Dakota State product offers some intriguing traits (pass-catching, pass-blocking, big-play ability) that make him a potential White successor.

Now seemingly healthy, he’ll most definitely be a player to watch ahead of next Thursday’s preseason opener.

@ashley1992__
Hi Zack, Barmore from all reports is having an amazing camp. Is he capable of being an All Pro in year two?
All-Pro might be a bit of a stretch, but I’ve been very impressed by Christian Barmore this summer and believe he’s capable of becoming one of the Patriots’ best defensive players in Year 2.

Two things Barmore is working to improve this season: converting pressures into sacks (he had 51 of the former as a rookie, second-most on the team behind Matthew Judon’s 64, but just 1 1/2 of the latter) and improving as a run defender, where his Pro Football Focus grade ranked 102nd out of 135 qualified interior defenders.

@livefree0rdie_
Any chance the Patriots trade a receiver to the Cowboys? I didn’t think we’d find a taker for Agolor but he seems like the perfect Jerry Jones target, and they’re desperate
That’s an interesting thought.

The Cowboys are hurting at receiver with Amari Cooper now in Cleveland and Michael Gallup (torn ACL) and James Washington (fractured foot) both staring at extended absences. They also have the salary cap space ($22 million, per OverTheCap) to swing trade for Nelson Agholor, who’s due to make $9 million in salary this season.

Trading Agholor would free up about $9.9 million in cap space for the Patriots — who only have $4.2 million of it even after extending Davon Godchaux and Jake Bailey — while leaving behind $5 million in dead money. Perhaps that’s an avenue the Patriots would explore if they’re confident in their wideout depth — and if Dallas would be interested in acquiring Agholor at that number after his lackluster 2021 season.

Agholor has looked good this spring and summer, though, with Belichick saying he’s made a “big jump” in his second year with the organization. There’s reason to believe he’ll be more productive than he was in Year 1, even if the additions of DeVante Parker and Tyquan Thornton could eat into his snap count.

@colbyfau
What is going on with Dalton Keene? I had optimism for him when the team switched to a Shanahan style offense but haven’t heard his name other than missing practices.
The Patriots ditching the traditional fullback should have been an opportunity for Keene. He played H-back at Virginia Tech and has the traits to be a versatile weapon in this new-look New England offense, which looks poised to feature much more two-tight end sets. In an ideal world, maybe Keene could even become a JV version of Kyle Juszczyk, the athletic, multitalented fullback who’s thrived under Kyle Shanahan in San Francisco.

But Keene’s biggest problem is the one you mentioned: The dude just cannot stay healthy. He only played in six games as a rookie, spent all of last season on injured reserve, missed time during spring practice and now has sat out the last three days of training camp with an undisclosed.

As the saying goes, you can’t make the club in the tub, and Keene has been drowning in it throughout his Patriots career. The odds of him sticking on the roster this season grow slimmer by the day, especially as fellow 2020 third-rounder Devin Asiasi — the current favorite to be TE3 behind Hunter Henry and Jonnu Smith — enjoys his best camp to date.

@adam_nixdorf1
What?s the deal with Lil’Jordan Humphrey? Haven?t heard anything about him.
Hasn’t been much to report thus far. Humphrey’s made a few catches here and there in team drills, but nothing notable and no work with the first-team offense. The former New Orleans Saints wideout looks like a long shot to make the team.

@CYamamma
Are you seeing any UDFAs that might make the 53?
As I wrote back in OTAs, I think safety Brenden Schooler has a chance to stick as a special teams-only player. He’s extremely athletic and has gotten a lot of work with Matthew Slater and Cody Davis this spring and summer.

The Patriots need to replenish their pool of special teams talent with players like Brandon Bolden, Brandon King and Gunner Olszewski now gone and Slater and Davis likely approaching the end of their respective careers, and Schooler could fill one of those roles if he proves himself this preseason.

I’ve also seen some positive plays from defensive lineman LaBryan Ray in camp. He has an intriguing backstory as a former five-star recruit whose college career was wrecked by injuries. And the Alabama connection never hurts.

@ofibroso
Captains for this season?
Based on what have teammates have said about him all offseason, I fully expect Mac Jones to be a captain in his second Patriots season. He focused on taking on a more active leadership role, and by all accounts, he’s succeeded.

Beyond the young quarterback, Slater, Devin McCourty and David Andrews are shoo-ins. White should get the nod, too, if it looks like he’s going to play this year. If not, maybe that one goes to Damien Harris.

Other candidates include Ja’Whaun Bentley, who was a captain in 2020 during Dont’a Hightower’s opt-out, and Matthew Judon, who quickly became a leading voice in the Patriots’ locker room last season. 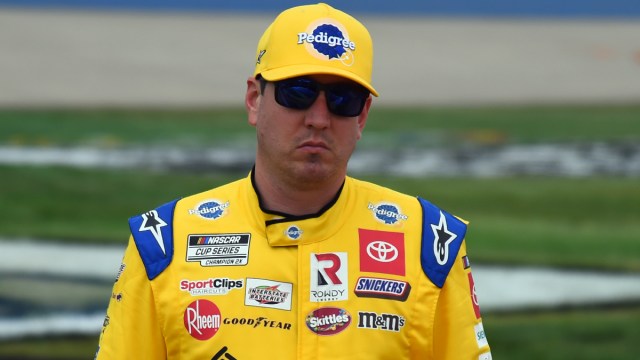 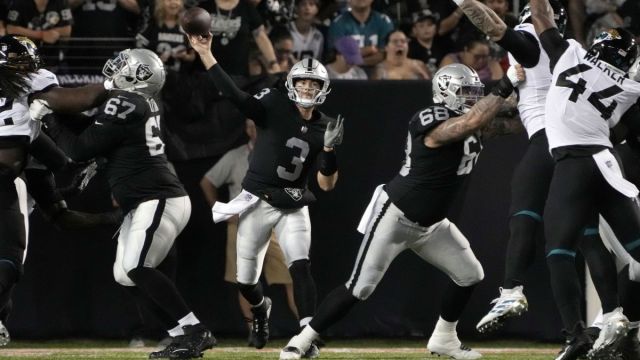