The New England Patriots offense didn’t exactly have a great training camp. From the start, the unit looked disjointed and uncomfortable as it attempted to pick up a new system following the departure of Josh McDaniels.

Not only were there issues during camp but in each preseason game as well. Things haven’t been easy on that side of the football for New England, and that was something that seemed to weigh on Mac Jones, who showed his frustrations following an interception against the Las Vegas Raiders.

Patriots offensive line coach Matt Patricia was asked about those frustrations in a Monday meeting with the media, offering a positive outlook on the situation.

“He’s great. It’s great to be around him, it’s great to talk football with him. He’s extremely smart,” Patricia said, per video tweeted out by the team. “He works extremely hard, it’s just fun. He’s super competitive, which we love as a coaching staff. As a coach you love a guy who wants to go out and compete and get better. You just got to enjoy all of it. We really love it.”

Joe Judge, the man who has been splitting time calling plays with Patricia, wasn’t quite as complimentary, but certainly didn’t view Jones’ frustrations as an issue.

“In terms of emotions that come out, that’s just part of the game,” Judge said, per the video. “It’s part of the game. I’m just more concerned about the way our players work. Can they prepare? And how they conduct themselves within the team.”

Of course, no one is going to throw anyone under the bus before the games start to count, but showing a united front as they prepare to head into uncharted waters this season can only be a positive for the Patriots offense.

Now if only they’d reveal who will be calling plays moving forward. 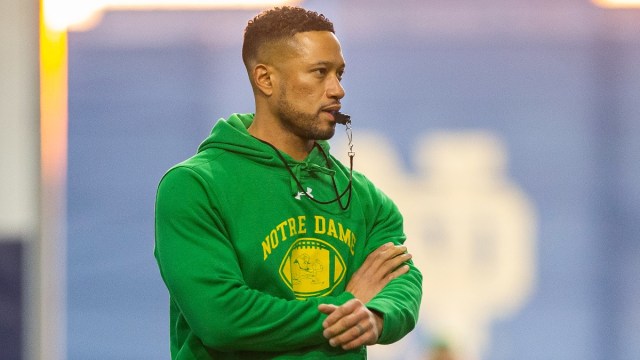 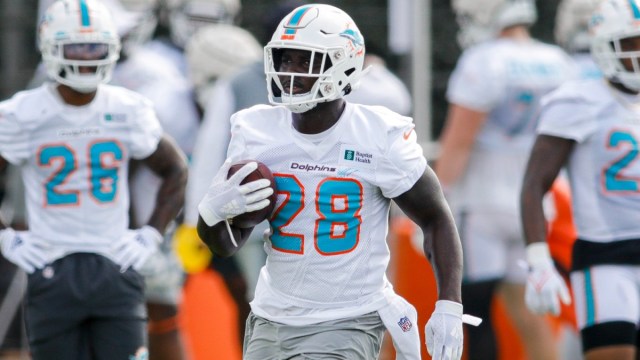