What Patriots, Panthers Said About All Those Fights In Joint Practice Skip to content

FOXBORO, Mass. — For about a 10-minute stretch, Tuesday’s joint practice between the Patriots and Panthers looked more like a WWE event.

Five players — three for New England, two for Carolina — were ejected as a result of two heated dustups during an 11-on-11 period featuring the Patriots offense and Panthers defense. The first incident was the largest, an eventual melee sparked by an altercation between Kristian Wilkerson and a Panthers coach. At one point, Kendrick Bourne was throwing punches with multiple Panthers defenders.

Wilkerson, Bourne and Carolina defensive back Kenny Robinson were kicked out.

A minor scuffle happened moments later, but it was hard to tell who was involved. It looked like Cole Strange, Trent Brown and Panthers edge rusher Brian Burns were the guilty parties, though nobody was ejected.

Finally, New England center James Ferentz and Carolina defensive tackle Phil Hoskins both got kicked out after engaging in a heated scrap that saw both players go to the ground.

When the dust settled, Patriots head coach Bill Belichick and Panthers head coach Matt Rhule gathered their respective teams in large huddles, likely telling them to knock it off. There were no additional fights over the final hour of practice.

Predictably, the fights were popular topics during post-practice news conferences. Here’s what multiple players for both teams, as well as Rhule, had to say about it all:

Matt Rhule
“What me and Coach Belichick talked about was, if a fight happens, we’ll just throw those guys off and, hopefully, eliminate future fights.

“We came here not to fight — we came here to practice. And it shows the maturity of a lot of the other guys that it didn’t escalate into a big thing. … We’re here to get better.”

Damien Harris
“We can’t fight in a game, so we can’t do it in practice. … We don’t get paid to fight.”

“I don’t know how it started. … I don’t know if they take offense to (Panthers punching out the ball), but that’s in our DNA, so that’s something we’re gonna continue to do.”

Adrian Phillips
On Belichick’s message to the team: “We talked about it, we talk about it and move on. That’s a conversation for another day, and I’m pretty sure Bill will talk to you about that.”

Rashard Higgins
“I was on the offensive side.”

DeVante Parker
“There was a fight? I didn’t even see it. … Nah, we just gotta control our tempo, you know. If one of our players is over there, there are 30 guys over there, we’re gonna go over there and see what’s going on.

Deatrich Wise
“The best part about this whole day is the young fellas. There was a lot of young guys watching how everybody operates. And it was really good to see the leaders of our team, the (Matthew) Judons, the Devin McCourtys, speak, and what they said to keep everybody focused on the task at hand — and that’s getting better, that’s playing football.”

The Patriots and Panthers will practice again Wednesday morning. All players who were kicked out of Tuesday’s practice likely will be on the field Wednesday, barring injuries.

The sides will square off Friday in a preseason matchup. 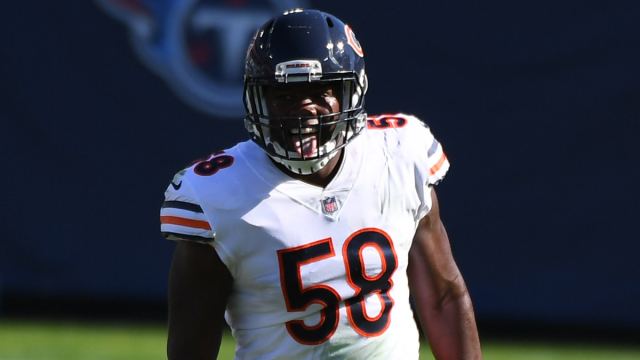