The last month was a long, eventful and occasionally troubling one for the Patriots.

It’s hard to get around the struggling, revamped offense, which will be an elephant in the room until it improves. And New England’s defense, while improved in some areas, also has generated fair questions over whether it can slow down some of the NFL’s top offenses. It couldn’t do much against old friend Jarrett Stidham and a bunch of Las Vegas Raiders backups, after all.

But it wasn’t all bad for the Patriots during training camp and the preseason. There were some encouraging performances to go along with all that ugliness.

Rather than list the best and worst overall performers from training camp, we elected to highlight five players who surprised in good ways and five who, for one reason or another, didn’t have the Augusts they were hoping for.

WINNERS
CB Jalen Mills
It would be aggressive to label Mills a true “No. 1 cornerback,” but there’s no denying he was New England’s top corner during camp. If nothing else, Mills established himself as a legitimate starting outside corner, something you couldn’t really say last season. He might struggle against the NFL’s more elite wideouts, but Mills is the least of the Patriots’ problems on defense.

WR Jakobi Meyers
It’s not surprising that Meyers had a good camp; rather, we didn’t foresee him easily being New England’s best receiver over the course of the summer. DeVante Parker received all the buzz early on, and for good reason. But by the end of the preseason, it was Meyers who was New England’s most productive and reliable wideout. A cynic might call that an indictment on the rest of the Patriots receiving corps, but the reality is that Meyers is a very good player who deserves more credit than he’s been given.

DT LaBryan Ray
The Patriots have had at least one undrafted rookie make their 53-man roster in each of the last 18 seasons. Ray seems guaranteed to ensure that streak continues in 2022. Undrafted out of Alabama, Ray already has carved out a role as a versatile sub-rusher. If Ray can stay healthy, he could be the next Adam Butler.

LB Anfernee Jennings
A relative afterthought the last two seasons, Jennings entered his third training camp with little expectations. All he’s done since July 27 is perhaps surpass Josh Uche as the leading candidate to line up on the edge opposite Matthew Judon. Jennings was impressive from start to finish.

LB Mack Wilson
Wilson, who was acquired as part of the offseason Chase Winovich trade, saw his playing time decrease over the last two seasons with the Cleveland Browns. As such, we didn’t know what to expect from the speedy linebacker. But Wilson’s speed and athleticism showed up throughout camp and especially during the preseason, giving New England’s linebacking corps a needed jolt of explosion. He has work to do in pass coverage, but Wilson is an intriguing player to watch this season.

LOSERS
QB Mac Jones
This is less about Jones’ performance, which was closer to average than what we saw last season, and more about how he’s been dragged down by the struggling revamped offense. Jones’ development should be priority No. 1 in New England, and you can’t say he’s made any on-field strides in his second offseason. Too often he looked unconfident behind a shaky offensive line, at times showing pocket skittishness when there wasn’t even a pass rush. And it’s fair to wonder how high the sophomore quarterback is on the coaching he’s received from Matt Patricia and Joe Judge.

WR Kendrick Bourne
From decreased usage to practice ejections to being reamed out by Bill Belichick, it was a frustrating and confusing training camp for Bourne. He even has become a popular subject in trade rumors amid reported discontent with the direction of the Patriots offense. Bourne was one of the last players we’d expect to have such a preseason, but it sure seems as if there’s trouble in paradise between he and the coaching staff.

Offensive line
The O-line was just fine when blocking for running plays we’re used to seeing from the Patriots offense, but it was an abject disaster when trying the zone-read plays that have been installed into the playbook. Fixing the line, and by extension Jones, must be done before Week 1 or the Patriots risk getting off to a very slow start.

LB Josh Uche
A second-rounder in 2020, Uche finally seemed poised to take on a significant role in the defense. And while that still could happen, he did nothing during training to suggest he’s ready for such a workload. Again, Jennings appeared to have the edge during practices. Ultimately, it’s still hard to tell where the undersized-but-explosiveness Uche fits in New England’s defense.

LB Cameron McGrone
During the 2022 NFL Draft, Patriots director of player personnel Matt Groh said McGrone, a 2021 fifth-rounder who missed all of his rookie season due to an ACL injury, would be like an extra pick this year. Well, he didn’t even make the cut in our latest 53-man projection thanks to an entirely nondescript training camp. He probably needs time on the practice squad. 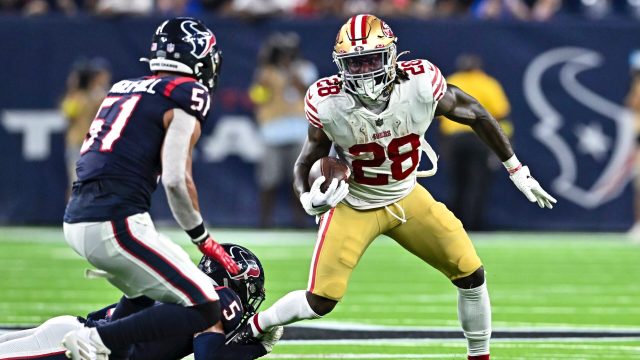 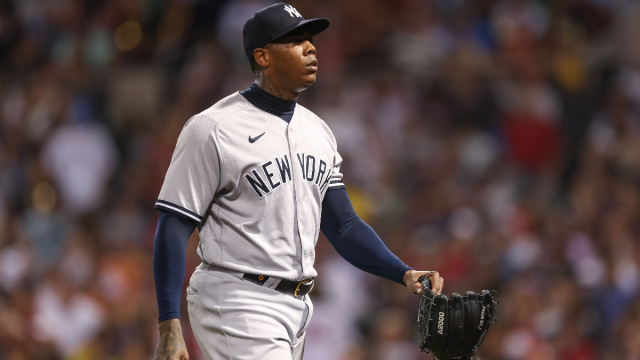