Red Sox center fielder Jarren Duran was on the wrong end of blinding sunlight Sunday afternoon in Kansas City, and it ultimately played a role in Boston’s 13-5 loss to the Royals.

Duran was not credited with an error on either of the two plays that resulted in back-to-back triples, but the one from Nate Eaton in the seventh inning gave Kansas City a leadoff man at third base immediately after Boston cut into its deficit in the top of the frame. Duran then was unable to make a grab at the wall as the ball hit off his glove and escaped his bare hand all while Kyle Isbel earned the Royals a second straight triple.

“Obviously a tough one for Jarren. That ball is in the sun. It’s one of those, there’s nothing he can do,” Red Sox manager Alex Cora said, as seen on NESN’s postgame coverage.

“You try to get the angle, you saw it right right away. He put the hand up. The only thing probably, it’s not urgency, I don’t think urgency is the right word to say. It’s like when you’re in danger you just scream for help, right? So your teammates they go out there and try to help them,” Cora added. “But there’s nothing you can do there. He turned around, he put his hand up and he barely missed it. He didn’t catch it.”

Despite Duran’s troubles Sunday, Cora indicated the Red Sox will continue to ride with him in center.

“I mean, he’s our centerfielder right now. So, you know, we trust him,” Cora said. “Here’s a kid that is part of what we’re trying to accomplish and we’re gonna keep rolling with him.”

Duran offered comments about the plays, too, which you can read here.

Here are more notes from Red Sox-Royals on Sunday:

— Kutter Crawford had been one of Boston’s most reliable starters, but was far from his best against the Royals.

“Yeah, they put some good swings,” Cora said of the Royals scoring five runs on five hits against Crawford, including a three-run home run by MJ Melendez. “Obviously, we didn’t want to throw that breaking ball there. We wanted to expand and then see how far, get Melendez to chase pitches in a situation. It didn’t happen. Not as sharp, but still he competed, which is a good thing. It’s just that pitch, probably he wants to back. He (wanted) to bounce down one and he hung it.”

Cora spoke about Hernandez after the game.

“Fastball was good, velocity-wise. But control, command. He needs to get better,” Cora said of Hernandez. “He did a good job in Triple-A and right now these other two lefties that we have. We talked about it with (Austin Davis) and Darwinzon. We got to figure out. They’re gonna be part of this, for now.

“But I think one of the things as a pitching staff is we got to be better at throwing strikes,” Cora added.

— The trainer went out to check on Hernandez during the eighth inning, but Cora confirmed his knee was OK.

— Tommy Pham and Reese McGuire each had two hits apiece while Eric Hosmer added an RBI on a late-game hit. All three players were acquired before the MLB trade deadline. The Red Sox had 10 hits as a team.

“Offensively today we hit the ball, which is a good sign. We put some good at-bats and we do feel we’re going to hit,” Cora said. “Tommy and Eric, you see the swings, you see the quality of at-bats. They’re going to help.”

— The Red Sox benefit from an off day Monday before welcoming the Atlanta Braves, who have a four-game lead for the National League’s top wild-card spot, to Fenway Park on Tuesday. First is scheduled for 7:10 p.m. ET with pregame coverage starting at 6 p.m. You can watch it with NESN 360. 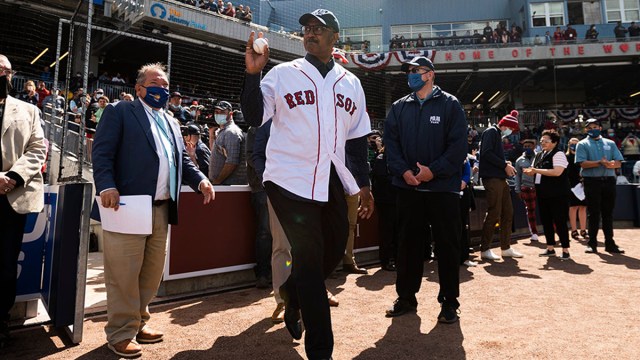 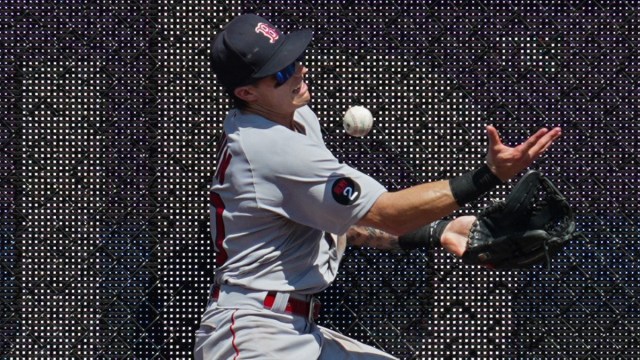