The Red Sox made quick work of the New York Yankees on Sunday — two hours and 15 minutes, according to ESPN broadcast — and Boston earned the win behind the arm of Michael Wacha.

The right-hander made his first start since June 28 after being activated off the injured list due to right shoulder inflammation. And it looked like Wacha didn’t miss a beat.

“Really good, really good, outstanding,” manager Alex Cora said of Wacha’s performance Sunday. “Good fastball, great changeup, in command the whole night. Ahead in the count, right around 85 pitches, very efficient. His tempo was great, it makes the defense better, and we made some plays behind him. You look up and you see his numbers, he was really good for us early on. He was one of the reasons we’re playing good baseball, and to have him back, it means a lot.”

Wacha held a perfect game for 4 2/3 innings. Through that stretch, the right-hander threw 73% of his pitches for strikes (37-out-of-51) and struck out five Yankee batters. He went seven innings on the night, striking out nine and only giving up two hits and one walk.

The Yankees were shutout for the ninth time this season, tied for the most in Major League Baseball, according to ESPN. The win marked the second straight series win for the Red Sox, and its first three-game series win against an American League East opponent. Boston moved to 4.5 games back in the AL Wild Card race after Sunday’s win.

— Wacha’s efficient outing played a part in the short game, but Rafael Devers delivered in a big way for Boston. The 25-year-old hit his 25th home run of the season, which put him in exclusive Red Sox company. The dinger was also his 19th against the Yankees, which is second in franchise history for most home runs for a player 25 or under behind Ted Williams (20), according to Red Sox senior manager of media relations and baseball information J.P. Long.

“The big boy was out there early,” Cora said of Devers. “Being on time and getting on the fastball and on hit first hit, I was like, oh, he’s gonna covet that pitch tonight. And he did in the second bat, and then he didn’t miss that 3-2 pitch. It was a great swing.”

— Sunday appears to be Devers day. Heading into the matchup against the Yankees, the third baseman was hitting .400 (24-for-60) this season on Sundays, the highest batting average in Major League Baseball, according to ESPN’s Buster Olney. Over the last three seasons, Devers leads the majors in batting average (.353), OPS (1.124) and homers (19) on Sundays.

“This is really important for us,” Devers said after the win, as translated by ESPN’s Eduardo Perez on “SportsCenter” on Sunday. “Why? Because it’s against the New York Yankees, one of the best teams in the league. It means this will make us go in a positive standpoint.”

— The dinger was also Devers’ 320th extra-base hit. It tied him with Mookie Betts for the most in Red Sox history at the age of 25 or younger, according to Long.

— Jarren Duran has been on a slump against the Yankees. The center fielder is batting 0-for-27 against the Bronx Bombers, tying Kevin Millar’s 0-for-23 season in 2009 with the Toronto Blue Jays, as said by ESPN’s Perez on the network’s broadcast.

— Cora had wanted improved play from the Boston bullpen, and it has risen to the occasion in the last four games. The Red Sox bullpen has gone 12 1/3 innings while only giving up one run, according to Long.

— After a day off Monday, the Red Sox head to Pittsburgh to take on the Pirates on Tuesday at PNC Park. First pitch is scheduled for 7:05 p.m. ET, and full coverage of the game can be watched using NESN 360 following an hour of pregame. 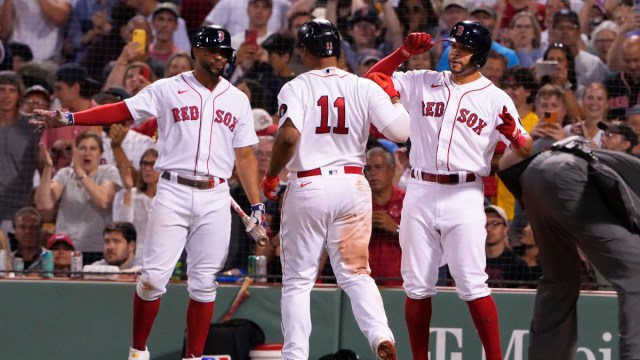 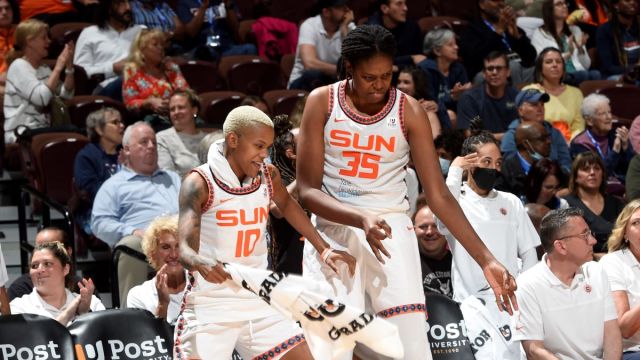