For the second time this season, the Boston Red Sox notched a walk-off win over the New York Yankees at Fenway Park. Newly acquired outfielder Tommy Pham delivered the game-winning hit in the bottom of the tenth to lift the Red Sox to a thrilling 3-2 victory on Friday.

With the win, the Red Sox improve to 56-58 while the American League East-leading Yankees drop to 71-42.

ONE BIG TAKEAWAY
Besides for a few games this season, the Red Sox continue to play the Yankees tough.

This time, Boston found a way to win after its offense was silent for a majority of the game. It also received some much-needed assistance from Yankees closer Chad Holmes, who couldn’t find the strike zone in the ninth inning.

But credit the Red Sox for taking advantage of the opportunity, especially J.D. Martinez, who leveled the score with an RBI single off Holmes before Pham came through with the vital heroics an inning later.

It is Boston’s second straight win against a divisional opponent, and by winning in this fashion, it might just be what the Red Sox needed to go on a major playoff push.

STARS OF THE GAME
— Pham stung a single by the third-base bag in the tenth inning to drive in Christian Arroyo for the game-winning run. It was Pham’s only hit of the game.

— Martinez had the best offensive showing out of anybody on the Red Sox. The designated hitter went 3-for-4 and drove in two runs.

— Aaron Judge clobbered his 46th home run over the year well over the Green Monster in the top of the third. The solo shot traveled 429 feet.

WAGER WATCH
Despite his recent struggles at the plate, Martinez’s odds to record an RBI were only set at +160 by DraftKings Sportsbook. A $100 wager on this prop bet would have netted a total payout of $260.

ON DECK AT NESN
The final two games of Boston’s series against New York take place on national TV. The Red Sox play the Yankees on Saturday at 7:15 p.m. ET on FOX before squaring off in the series finale Sunday at 7 p.m. on ESPN.

The Red Sox return to NESN airwaves Tuesday when they travel to PNC Park to face the Pittsburgh Pirates. First pitch for that contest is scheduled for 7:05 p.m., and you can watch the game, plus an hour of pregame coverage, with NESN 360. 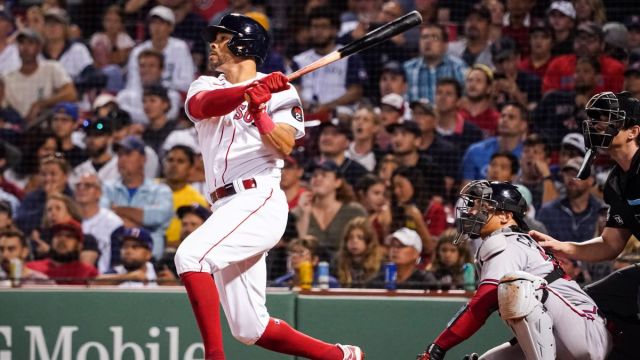 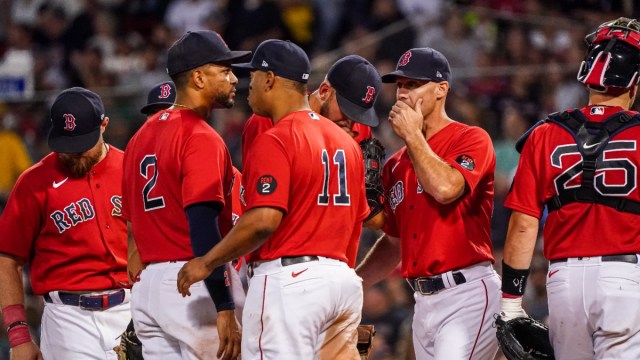