The Red Sox started the series opener Friday without one notable piece in the lineup, and another key member, along with Boston’s manager, won’t finish the game.

Both Xander Bogaerts and Alex Cora were ejected in the fourth inning against the Baltimore Orioles for arguing a close called third strike.

Bogaerts was disgusted immediately with the call and threw his bat to the side before having words with home plate umpire Todd Tichenor, which got him tossed. Cora sprinted out of the dugout to try to keep Bogaerts from getting ejected, however, he was too late. Cora then gave the umpire an earful and met the same fate as the Red Sox’s starting shortstop.

It was out of character to see Bogaerts so animated over a call. It was just the second time in his career that he has been ejected, according to MLB.com’s Ian Browne.

It could be frustration boiling over for Bogaerts as he came into the contest with only three hits in his last 18 at-bats. He did have an RBI single in the third inning of the contest.

Now, the Red Sox will try to overcome an 8-4 deficit with Bogaerts and Cora in the locker room. 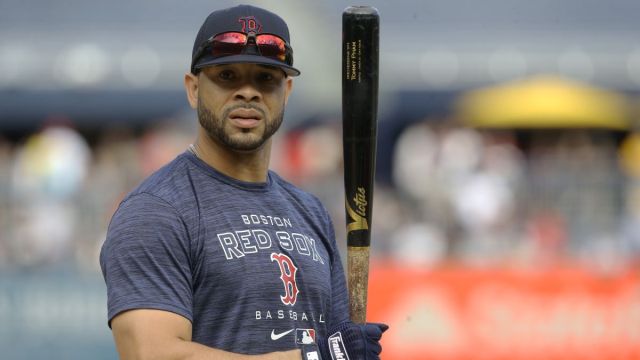