Were Any Bruins Teammates Lobbying For Patrice Bergeron's Return? Skip to content

It was rather obvious how much members of the Boston Bruins wanted captain Patrice Bergeron to return following the conclusion of the 2021-22 campaign. At the time, they all spoke effusively about the influence Bergeron had on their respective playing careers.

Those sentiments, though, didn’t consume Bergeron as the 18-year professional entered the offseason with questions regarding his future. And Bergeron was appreciative with how his teammates didn’t put any added pressure on him to make the decision they wanted.

“Yeah, I think the guys have been really respectful of my time and my decision-making process,” Bergeron said Monday during a video conference after signing a one-year deal to return to the Bruins.

“Obviously, I’ve spoken to many guys and even though they wanted me to come back, they knew that I was the only one that could really make that final decision, along with my family. I think they respected that. And obviously I was very appreciative of it,” Bergeron continued.

“I think those are things that I say when I talk about what I’ll miss the most. When it’s all done and over with, I think it’s really the guys and battling with them night in and night out. And obviously that has a big influence on me wanting to come back. There’s nothing like it. There’s nothing like competing and battling and working towards a common goal. Even though I spoke to a few guys, and they were asking where I was at with my decision, there was no one that really tried to influence me one way or the other.”

Bergeron went on to explain how he made his decision to return for his 19th season with the Bruins before the start of free agency last month. It was announced Monday after Don Sweeney and company worked some cap gymnastics depicted as Bergeron took a team-friendly deal.

One specific teammate Bergeron is looking forward to returning to the ice with is David Krejci, who also signed a one-year deal with the Bruins on Monday.

“Super excited that we could make it work,” Bergeron said of Krejci. “As we all know, I keep Krech in high regard here. I think he’s an amazing person, first and foremost, but also an amazing player that still has it in him. I think he wants it.”

Bergeron, the reigning Selke Trophy winner, expects to be back for the start of training camp after undergoing surgery on his elbow this offseason. He’ll have teammates welcoming him back with open arms upon doing so. 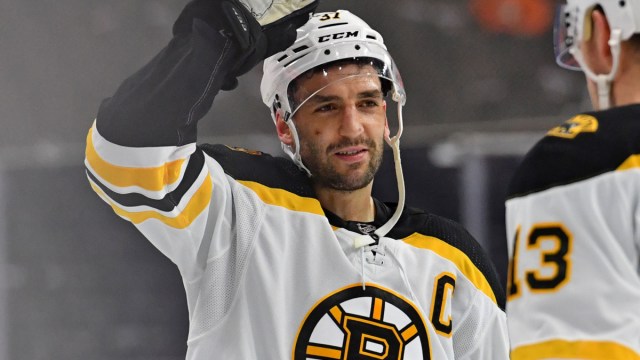 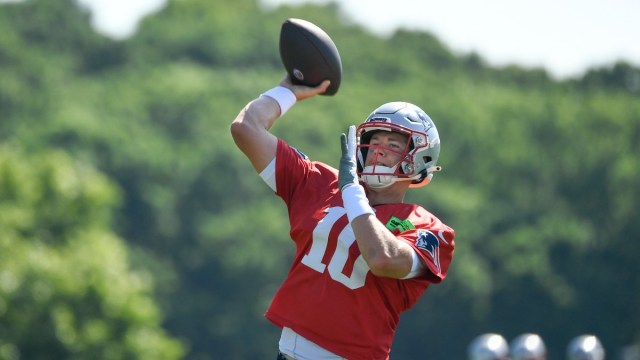