What In World Did Antonio Brown Say In Incredibly Bizarre Statement? Skip to content

Antonio Brown, one who already was well-known for outlandish behavior, has just about everyone scratching their heads again Thursday afternoon. It followed arguably the most bizarre tweet to date from Brown, which is saying something itself.

“My biggest regret in my career doesn’t involve calling my GM a ‘(expletive),’ or showing up to Raiders camp late in a hot air balloon with frozen feet, or throwing rocks at that UPS driver, and it definitely doesn’t involve taking my shirt off and doing a victory lap around the Jets’ stadium mid game while throwing up deuces,” Brown wrote in a statement posted to Twitter. “My biggest regret is that I’ll never get to see me, Antonio Brown, play a game live.

“Sure, I can watch the game afterwards, but I can’t imagine what that was like for you all to see something like that. Like watching the Beatles or Jesus perform at Red Rocks,” Brown concluded.

It’s almost too bizarre to be real, right? Well, Brown has shown previously nothing is off limits.

Brown has not played in the NFL since taking off his Tampa Bay Buccaneers uniform in the middle of the game and running shirtless off the field at MetLife Stadium. It’s unlikely he returns to the league with Thursday’s release being the most recent example as to why. 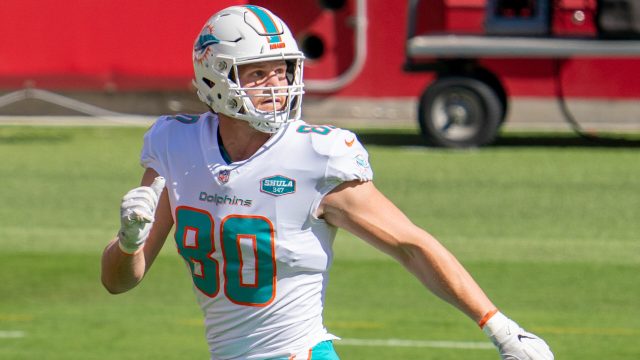 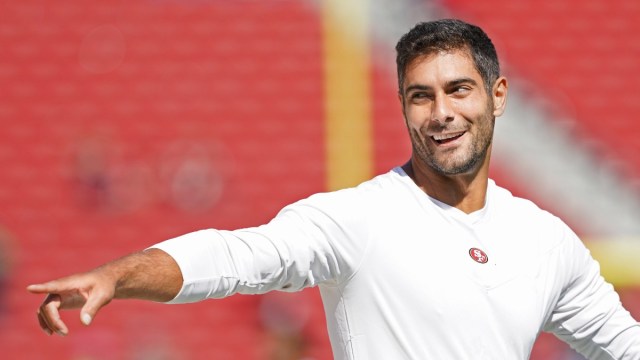