Jerod Mayo enters his fourth season on Bill Belichick’s coaching staff while momentum continues to build on when, not if, the longtime New England Patriots linebacker will serve at the helm of his own team.

Mayo, who interviewed for head coaching positions before each of the last two seasons, is viewed as one of the best up-and-coming assistants the NFL has to offer. New England’s linebackers coach has been praised for his leadership skills in addition to his football IQ, and that’s exactly why Patriots captain Devin McCourty believes Mayo soon will become a head coach in the league.

“Obviously, a guy I played with, Jerod,” McCourty said Tuesday when asked which Patriots assistant he believes soon could become a head coach, per the team.

“When I came here, I thought Mayo was (in) Year 8 or 10, because every time I had a question about anything, I would go to Mayo,” McCourty continued. “Now, we kind of split responsibilities, safeties and linebackers, but when I got here, (then-safeties coach Matt Patricia) would tell you in a meeting, ‘You don’t make a check unless Jerod makes a check.’ All the checks we could possibly make in the defense, it would have to go to Mayo first, and then all the rest of us would relay. And I think he’s been the same way (as a coach).

“What he used to do, not only as a player on the field but off the field, the relationships he built, being a true leader of men, that’s ultimately what it comes down to being a good head coach,” McCourty added. “Obviously, I think the world of Mayo and what he’s meant for me as a football player and as a man. I think someday, he’ll definitely be wearing that hat, probably.”

McCourty isn’t the first to come to Mayo’s side in regards to the topic. Fellow Patriots captain Matthew Slater and former Patriot Duron Harmon are among those who have praised Mayo in the past, too. 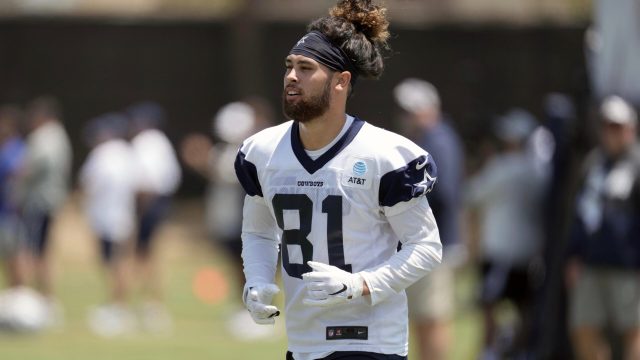 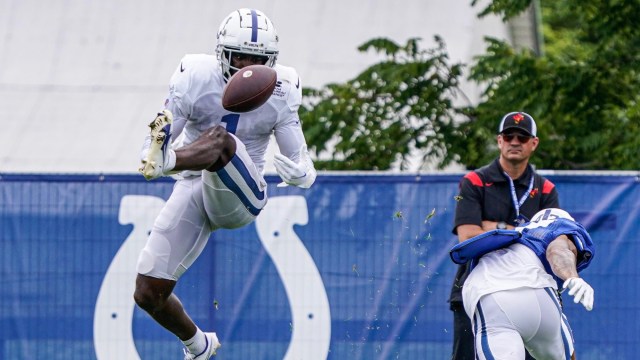 Colts WR Parris Campbell Eager to Put Injuries Behind Him