FOXBORO, Mass. — Bill Belichick sees shades of Rob Gronkowski in one Pittsburgh Steelers pass-catcher. And it isn’t tight end Pat Freiermuth, who earned the nickname “Baby Gronk” during his time at Penn State.

No, the player that Belichick compared to the New England Patriots legend was Chase Claypool, the Steelers’ super-sized, multitalented wide receiver.

“Big, fast, really good hands,” the Patriots head coach said Friday, ahead of his team’s Week 2 trip to Pittsburgh. “Big catch radius. He’s kind of always open. It’s like covering a guy like Gronkowski — no matter where you are on him, there’s a place where he can reach and get the ball that you can’t reach and get the ball. I know they use him in a variety of ways — down the field, catch-and-run plays, hand him the ball, things like that.

“He’s a big, physical player, can block, block at the point of attack, run. Hard guy to tackle. Downfield receiver as well as a short and intermediate receiver. He can get you a lot of different ways. Tough matchup.”

Claypool was a breakout star for the Steelers in 2020, catching 62 passes for 873 yards and nine touchdowns as a second-round rookie. He couldn’t match that touchdown production in his second season, but he posted similar receiving totals, with a 59-860-2 line while catching passes from a way-past-his-prime Ben Roethlisberger.

Part of a talented Pittsburgh receiving trio that also features Diontae Johnson and promising rookie George Pickens, Claypool tallied just 18 yards on four catches in his team’s dramatic Week 1 win over Cincinnati, but he also had an unusually large role in the running game for a wideout his size, carrying six times for 36 yards.

“I remember I saw the box score after the game and I hadn’t watched the film yet,” Patriots safety Devin McCourty said Thursday. “I was like, ‘Damn, six carries?’ But then you see what they’re trying to do, just creating matchups. Getting a guy like Claypool — big, strong, fast guy — on speed sweeps, it gets him to the edge, and a lot of time it’ll make it a 1-on-1 tackle. Which if I’m them, you’ve got to like that.”

McCourty said the Patriots will need to have a “heightened awareness” of where Claypool is on each snap. Given Mitch Trubisky’s limitations as a downfield passer — just four of his 21 completions in Week 1 traveled more than 10 yards beyond the line, per NFL Next Gen States — expect Steelers offensive coordinator Matt Canada to find creative ways of getting the ball into his most physically imposing playmaker’s hands.

Kickoff for Patriots-Steelers is set for 1 p.m. ET on Sunday at Acrisure Stadium. 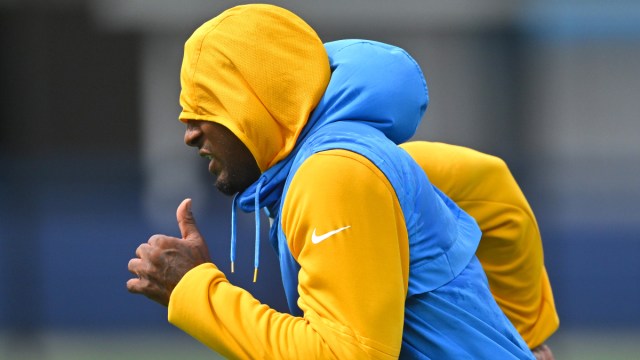 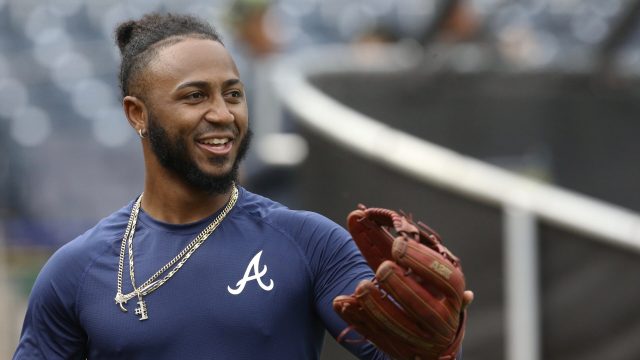