Bruins Defense Preview: With Charlie McAvoy Out, Who Steps Up? Skip to content

If the Bruins’ defense corps is able to reach full strength at any point during the 2022-23 season, it will be one of the better units in the NHL. That’s no guarantee, and until it gets to that point, there’s plenty of uncertainty on the Boston blue line.

New head coach Jim Montgomery has his work cut out for him in piecing together an Opening Night lineup. The Bruins are dealing with myriad injuries up and down the roster at every position but goalie. What the lineup looks like Oct. 12 in Washington, D.C. should be different than what it looks like on, say, Jan. 2 for the Winter Classic.

But Montgomery must fill out a roster every night, and he knows he’ll be shorthanded on the back end to begin the season. Charlie McAvoy is out probably at least until Thanksgiving rehabbing a shoulder injury that required offseason surgery. Matt Grzelcyk had his own shoulder surgery that could keep him out until November, and Mike Reilly is recovering from ankle surgery, but he appears good to go.

No B’s skater logged more minutes than McAvoy last season, while Grzelcyk averaged just under 19 minutes per night. That is a ton of ice time to have to replace at arguably the most important position.

It’s not all gloom and doom. Trading for and extending Lindholm at the NHL trade deadline last season looks especially prudent in hindsight. Lindholm figures to be a valuable piece of the D corps moving forward, and he’ll be called on to be a difference-maker early this season. He had some awful injury luck after coming aboard from Anaheim, but he impressed when he was healthy. Lindholm ranked fifth in expected goals percentage among all defensemen with at least 150 minutes at 5-on-5 between the deadline and the end of the regular season.

Now would be a fantastic time for Carlo to take his game to the next level. He’s been a fine, relatively dependable D-man for much of his career. But if he can take the vaunted next step, it sure would alleviate a lot of that pressure this unit will feel until fully healthy.

That third pairing is an interesting one, too. Reilly and Zboril should provide a little bit of offense from the back end, but their health will be under the microscope. Zboril tore his ACL 10 games into his campaign, while Reilly underwent offseason ankle surgery.

Inevitably, one of these three will be called on whether it’s because of injury or rest. Carrick has the most NHL experience of the three, with 241 games to his name over stints with Washington, Toronto, Dallas and New Jersey. He’s a pretty interesting player, having scored 10 goals from the blue line in 59 AHL games last season while also logging 67 penalty minutes. He could also provide a little balance as a right-shot defenseman on a unit that has a ton of left-shots.

Ahcan, meanwhile, is banging on the NHL door. He’s had a couple of cups of coffee in Boston and even scored his first career goal last season. The Minnesota native impressed in his first full pro season with 6-17-23 totals in 46 games with Providence in 2021. Wolff, on the other hand, could provide some muscle if needed. He logged 83 penalty minutes in just 32 regular-season games with Providence last season. At 6-foot-5, 225 pounds, he also brings some size, too.

How it all plays out
Patience will be a virtue with the 2022-23 Bruins, at least to start the season. The Bruins will be without not only McAvoy on the back end but Brad Marchand up front, meaning they’ll start the season without arguably their two best players. This feels like a conversation we’ve all had at various points over the last few years, but a marked improvement from the likes of Carlo, Clifton and/or Zboril would go a long way in bridging the gap until the calvary arrives.

It will help that Boston has one of the better goaltending situations in the league, and if Montgomery can get the same sort of defensive buy-in from his forwards that his predecessors did, that will help, too. And if the Bruins can tread water until something resembling full health is achieved, it increases the likelihood this team reaches its ceiling. 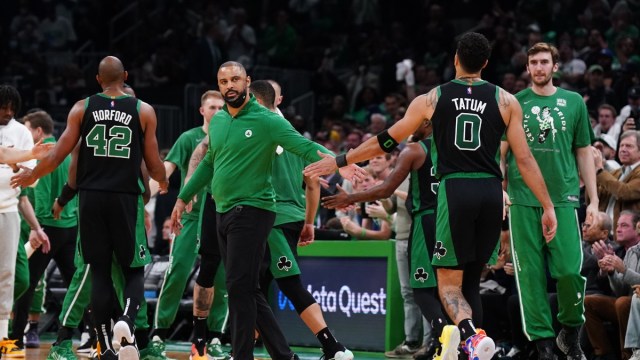 Public’s View Of Celtics Might Have Changed, But What About Oddsmakers? 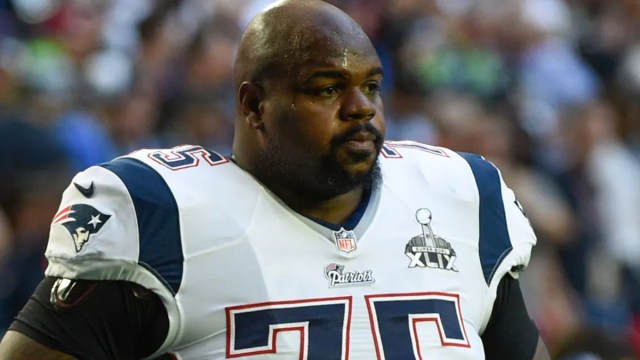