The Boston Celtics now have a void to fill after the injury Danilo Gallinari recently sustained was worse than originally anticipated.

There’s been rumored interest from the Celtics in bringing in NBA veteran Carmelo Anthony with Gallinari on the shelf, but could Boston give the minutes they were expecting to set aside for Gallinari to another player already on the roster?

The Celtics just might do that, according to The Boston Globe’s Adam Himmelsbach. Himmelsbach, citing a league source, reported Friday following the injury news of Gallinari, which will most likely sideline the 6-foot-10 forward for the entire 2022-23 season, that Boston could elevate the role of second-year forward Sam Hauser and use him in the regular rotation.

The Virginia product played sparingly in 26 games with the Celtics as a rookie, averaging 2.5 points and 1.1 rebounds per game. Hauser did shoot 43.2% from 3-point range, but it came in a very limited sample size.

But Hauser’s potential to contribute does lie in his ability to hit shots from beyond the arc with regularity, something he has shown he’s capable of at different points in his career. In 13 games with the G League Maine Celtics last year, the 6-foot-8 marksman knocked down 40.7% of his shots from deep on 10.8 attempts per game.

The Celtics were hoping for Gallinari, who signed a two-year, $13.3 million deal with Boston in July, to spread the floor with his shot-making from downtown, and it’s not out of the realm of possibility that they could now turn to Hauser to provide some of that.

Boston could also look to increasing the role of Grant Williams, per Himmelsbach, with the 6-foot-6 forward developing into a reliable three-and-D player off the bench last year.

Whichever route the Celtics take, they do have more options than just plugging Anthony into Gallinari’s spot.

Friday Night Fenway: Who Would You Take To A Red Sox Game? 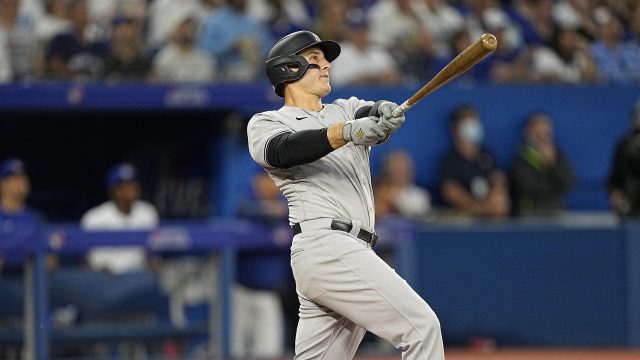 Yankees 1B Anthony Rizzo Out Until At Least Tuesday