FOXBORO, Mass. — Mac Jones has faced a lot of criticism in his second year in the NFL, but a Patriots captain parted the quarterback with some key advice.

New England started preparation for their Week 3 clash against the Baltimore Ravens with practice Wednesday. In a news conference afterward, Jones said he only cared about winning and does not pay attention to his numbers. The signal caller’s stats are not bad, but they leave a lot to be desired. He has completed 42-of-65 passes for 465 yards, along with two touchdowns and two interceptions.

As a 13-year veteran of the team, as well as a three-time Super Bowl champion, McCourty knows what it takes to succeed in the league. And he parted wisdom to Jones through his news conference after Wednesday’s practice.

“I’ll say, first and foremost, there’s not many people who watch football who understand how to play quarterback,” McCourty said. “He would be crazy if he built his career off of what people write and say about him. For one, there aren’t many people who’ve played the position at a high level and can do that consistently. I think no matter what in this league, you come out, you play as a rookie, you have success as a rookie, you go out there, you do good things, it sucks to say but everyone’s waiting to write bad things about you. That’s just how everything works. But I think he knows that in this building, every guy in that locker room believes in him, everybody in that locker room sees him not just as our quarterback but a captain of this team, a leader of this team.”

It will be a tough quarterback matchup for Jones going against Lamar Jackson on the other sideline Sunday, and it’ll be up to Bill Belichick’s defense to try to contain the Ravens quarterback to give the New England offense a chance to match. 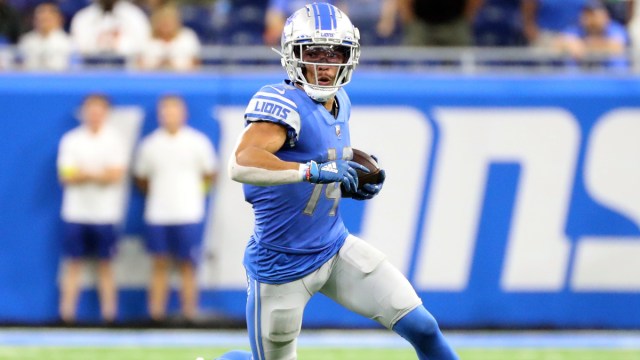