Who will break out this season? Who will regress? How will the highly scrutinized coaching staff perform? And, of course, what will the Patriots’ final record be?

Here are eight of our predictions — some admittedly bolder than others — as New England’s 2022 campaign gets underway in Miami:

1. Bill Belichick eventually takes over as offensive play-caller
First off, Belichick has not revealed who will be calling plays during the regular season, so this theoretically could happen as early as this weekend. But while Matt Patricia looks like the favored play-caller to open the season, Belichick should keep his leash short. If the offense sputters with Patricia, who has never called offensive plays in a meaningful game, at the controls, it would not be at all surprising to see Belichick take over midseason.

Is Belichick known as a masterful offensive tactician? No. Defense is his area of expertise. But would you rather have him calling the shots or Patricia/Joe Judge? To us, that’s a no-brainer. Our prediction: by the time the Patriots return from their mid-November bye week, Belichick’s voice will be the one in Mac Jones’ helmet.

2. Jonnu Smith sets a career high in receiving yards
There’s no sugarcoating how awful the 2021 season was for Smith, who, after a promising start, had just 19 catches and one touchdown over his final 15 games. This spring and summer provided reasons for optimism, however. The high-priced tight end was a full practice participant throughout OTAs and training camp and was one of New England’s most active pass-catchers this summer, showing a strengthened connection with Jones. Also expect to see offensive wrinkles aimed at maximizing Smith’s catch-and-run ability.

“He’s off to a real good start,” Belichick said earlier this week. “… He’s put himself in position to, I think, go out and play well.”

Smith never has been an elite statistical performer (he’s yet to crack 45 catches or 450 yards in a season) and the presence of Hunter Henry as a red-zone threat likely will prevent him from matching his 2020 touchdown peak of nine. But it’s not unrealistic to expect a Year 2 leap from the 27-year-old.

3. Jakobi Meyers leads the Patriots in catches and targets
Meyers was the team leader in both of those categories in 2020 and 2021, so this might not qualify as “bold.” But even with marquee offseason acquisition DeVante Parker now aboard, Meyers has yet to relinquish his No. 1 receiver status. The Patriots are hoping Parker can be the contested-catch/red-zone threat their receiving corps lacked last season, and that Nelson Agholor and Kendrick Bourne can be playmakers after their impressive and discouraging summers, respectively. But Meyers still projects as their top wideout in terms of volume.

As for Tyquan Thornton? Though he showed promise — perhaps more than expected — in training camp, we’re not optimistic about him posting big numbers as a rookie, especially since his broken collarbone will delay his debut until October or November.

4. Mike Onwenu starts at least one game at right tackle
Can you envision Isaiah Wynn being a 17-game starter this season? Neither can we. The 2018 first-rounder’s injury history is voluminous, and he’s already missed time ahead of Week 1 with an undisclosed ailment. Either Justin Herron or Yodny Cajuste likely would be next in line to start in the event of a Wynn DNP, but they haven’t looked like starting-caliber right tackles in their respective NFL careers.

Onwenu has. In fact, he’s performed better there than he has at guard since he entered the league in 2020. The Patriots seem hellbent on playing the bruising 350-pounder inside, but if Wynn can’t stay healthy and Herron/Cajuste perform the way they have in previous seasons, don’t be surprised if Onwenu eventually slides over.

Regardless of who plays where, the Patriots’ O-line needs to communicate better and play with more cohesiveness than it did this summer.

5. Anfernee Jennings plays more defensive snaps than Josh Uche
A relative afterthought at the outset of training camp, Jennings now looks poised to play a major defensive role after losing his 2021 season to injury. He projects as a starting outside linebacker opposite Pro Bowler Matthew Judon and should be heavily featured on early downs. Fellow 2020 draftee Uche entered camp as the favorite to land that job as Judon’s running mate, but hopes of him becoming an every-down defender have yet to materialize. Expect to see him mostly in sub packages, with the Patriots hoping he’ll provide more pass-rushing production than he did last season (zero sacks, one QB hit after Week 2).

6. One (or both) of the rookie corners is starting by season’s end
Neither Marcus Jones (third round) nor Jack Jones (fourth round) looked ready for a starting job this summer. The talent and potential clearly were there with both players, but the play-to-play consistency wasn’t. Both showed undeniable playmaking ability, though, and could leapfrog the veterans above them with a bit more seasoning.

If Jack Jones, who was excellent in the preseason finale, continues to impress behind the scenes, perhaps the Patriots would feel comfortable deploying him opposite Jalen Mills and shifting Jonathan Jones back into his natural slot role. It’s also not difficult to picture Marcus Jones overtaking Myles Bryant in the slot, as he seemingly was drafted to be a more athletic version of Bryant.

The Patriots will lean on the vets in their secondary to start. But don’t sleep on their two talented rookies.

7. Marcus Jones returns a punt for a touchdown
We don’t know whether Jones or Bryant will open the season as the Patriots’ top punt returner, but the former has the potential to be a true weapon in that role. He was just that in college, tying the NCAA record with nine punt/kick return touchdowns during his stints at Houston and Troy. Even if he winds up backing up Bryant in Week 1, we like his odds of adding to that total this season.

8. The Patriots finish above .500 — but miss the playoffs
Some believe the Patriots will crash and burn this season in a far more competitive AFC. We’re not that low on Belichick’s club. They’ll need to take advantage of their soft October schedule (vs. Detroit, at Cleveland, vs. Chicago, at the Jets in Weeks 5-8), but the Patriots have enough roster talent on both sides of the ball to keep themselves in the playoff mix.

Will it be enough to actually make the playoffs, though, and deliver team owner Robert Kraft the postseason success he publicly called for back in March? Not quite. In our optimistic view, this season looks like 9-8 and just outside of a wild-card spot, extending the Patriots’ streak of consecutive seasons without a playoff win to four. 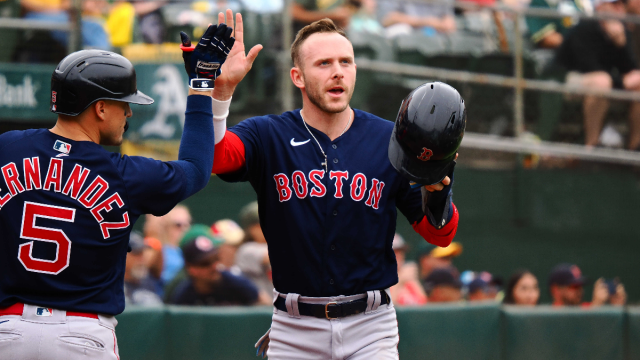 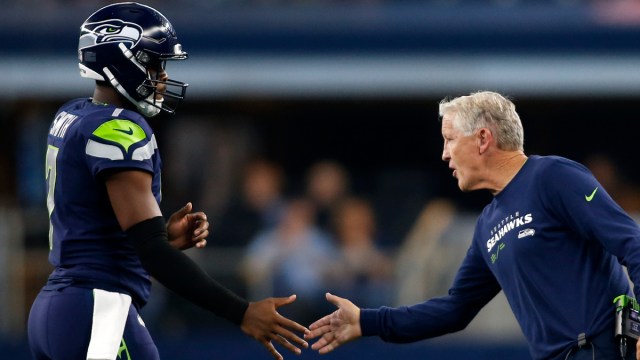