The Patriots’ new-look offense, led by first-time play-caller Matt Patricia, had three times as many turnovers as touchdowns in its official regular-season unveiling. Second-year quarterback Mac Jones went 21-for-30 for 213 yards and one touchdown with one interception, and running back Ty Montgomery provided New England’s only points with a 6-yard touchdown catch late in the third quarter.

The Dolphins’ win improved quarterback Tua Tagovailoa’s record against the Patriots to 4-0.

1. Ideal start
The 2022 season actually began terrifically for the Patriots’ offense. Five of their first seven plays went for 8-plus yards, and they did not face a single third down on their eight-play opening drive.

That eighth play, though, was the game’s first turning point. Jones tried to hit former Dolphins receiver DeVante Parker on a fade, but cornerback Xavien Howard broke up the pass in the end zone, and safety Jevon Holland corralled the ball for an interception.

Jones loudly protested to an official after the play, arguing that Howard had interfered with Parker. But the quarterback’s appeals were unsuccessful.

2. Costly miscues
The Patriots were not resoundingly outplayed during the first half, but they trailed 17-0 at the break thanks to a small handful of mistakes and missed opportunities.

On the possession following Holland’s interception, Carl Davis jumped offsides on fourth-and-1, extending a Dolphins drive that ended in a field goal. The next Patriots drive stalled after a communication error up front led to an uncontested sack (more on that below). New England’s defense forced a punt on the ensuing series, but two plays after that, Jones was decked by another unblocked rusher.

That one proved even more costly. Safety Brandon Jones shot around left tackle Trent Brown and jarred the ball from Jones’ hands. Melvin Ingram recovered the fumble for a touchdown.

Even after those errors, the Patriots would have entered halftime facing a manageable 10-0 deficit had they been able to stop the Dolphins on fourth-and-7 with less than 30 seconds remaining in the first half. They couldn’t.

Miami’s Jaylen Waddle beat Jalen Mills on a slant route, and Kyle Dugger and Ja’Whaun Bentley collided as they attempted to tackle the speedy wideout, resulting in a 42-yard touchdown.

Waddle’s long score was the low point of an otherwise impressive season debut for Dugger. The highly touted third-year pro flashed his athleticism and physicality on two tackles for loss, including one against Tyreek Hill on third-and-1.

The Patriots added a third giveaway — a lost fumble by Nelson Agholor — with just over five minutes remaining in the fourth quarter. They lost the turnover battle 3-0.

3. Late arrival for Kendrick Bourne
Midway through his disappointingly unproductive training camp, Bourne said he’d play whatever role the Patriots asked him to, even if that was “on the bench.” Well, the bench is where Bourne spent most of his afternoon Sunday.

New England’s top big-play threat last season did not see the field on offense until the Patriots’ final offensive possession. Jakobi Meyers and Parker were the Patriots’ starting wide receivers, with Agholor entering in three-receiver sets. Even elevated practice squadder Lil’Jordan Humphrey played over Bourne, seeing a handful of offensive snaps in his Patriots debut.

Bourne did capitalize on his minimal opportunities, catching a 41-yard bomb from Jones on his lone target.

4. Cole Strange (briefly) benched
Strange has been locked in as the Patriots’ starting left guard since the start of spring practice, but the first-round rookie left the game for two series during the first half.

After Strange was involved in an apparent miscommunication that allowed an unblocked Emmanuel Ogbah to sack Jones, veteran James Ferentz replaced him on the next Patriots possession. Ferentz played two drives before Strange returned to the game. The rookie watched those two series from the sideline with his helmet off and was not receiving medical attention, so his absence did not appear to be injury-related.

It was unclear whether the Patriots temporarily removed Strange for performance reasons or as part of a planned rotation.

Yodny Cajuste also replaced right tackle Isaiah Wynn for a spell during the second half. Wynn had been listed as questionable for the game with a back injury. (UPDATE: Strange said postgame that his temporary removal was part of a planned rotation to “keep us fresh.”)

5. 12 personnel returns
The Patriots were expected to utilize more two-tight end sets this season after removing the traditional fullback from their roster, and that prediction proved accurate in Week 1.

In a notable change from their 2021 approach, the Patriots frequently deployed Hunter Henry and Jonnu Smith on the field together against Miami, using both players in a variety of different alignments. Neither was especially productive in the passing game, with Henry catching two passes on three targets for 20 yards and Smith finishing with two catches on three targets for 22 yards.

Henry also was flagged for a false start to create an unfavorable third-and-11 situation, but he atoned with a key block that sprung Agholor for a 17-yard gain.

6. Key loss on defense
Veteran safety Adrian Phillips suffered a ribs injury late in the second quarter and did not return. If he misses time, that would be a significant blow to New England’s defense. The versatile Phillips has played in every game since joining the Patriots in 2020 and was Pro Football Focus’s eighth-highest-graded player at his position last season.

7. Hot, hot, hot
The conditions at Hard Rock Stadium were downright oppressive, with a kickoff temperature of 92 degrees that felt like 103.

After experiencing the South Florida weather this week, Bill Belichick’s decision to bring the team to the Miami area on Tuesday rather than Friday and Saturday seemed like a wise move — even if it couldn’t produce a victory. . It would have been difficult for the Patriots to acclimate to the sweltering humidity had they followed their usual travel schedule.

8. Surprise inactive
The most notable name on New England’s inactive list was linebacker Anfernee Jennings. The third-year linebacker projected as a potential defensive starter opposite Matthew Judon after a resurgent summer. Instead, he was a healthy scratch to open the season. 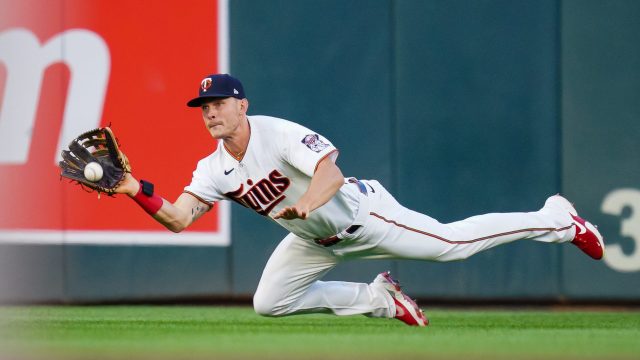 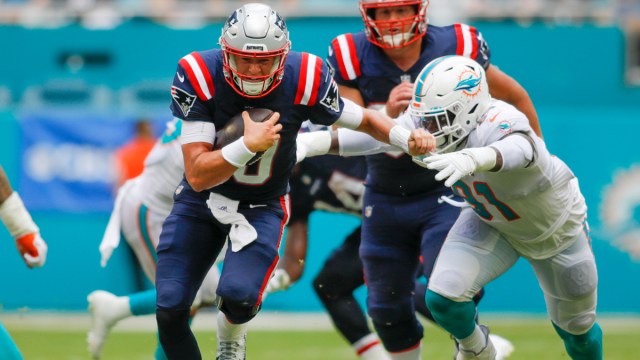