The NHL regular season is less than a month away which means training camp is on the way for the Boston Bruins.

Training camp begins Sept. 21 in Boston and there is a lot to look forward to as the team has plenty of unanswered questions but will be sure to lean on its veteran core, especially early on. But as Bruins fans have seen throughout the years, the most successful teams for the Black and Gold often get help from young players during the season to give them an extra push.

There are a number of exciting prospects taking part in training camp, some of which may help right out the gate — like Jeremy Swayman did last season — and others will fill in down the stretch when injuries add up or a spark is needed.

Here are the five prospects worth keeping an eye on in Bruins camp.

Fabian Lysell
It’s almost “Lysell Time” in Boston. The 21st overall pick in the 2021 NHL Entry Draft has been someone who has been touted as a special player since the moment he became a member of the Bruins. Lysell played for the Vancouver Giants in the WHL last season, showcasing his impressive offensive skillset when he finished with 22 goals, 40 assists, and 62 points in 53 games. The Swedish-born winger showed what he was all about once again at the World Juniors when playing for Sweden, but also showed he may not be ready just yet.

It’s unclear if Lysell breaks camp from the start but he’s close to making his mark in Boston. Lysell’s elite-level skating could be a difference-maker for the Bruins down the line, but it’ll be fun to keep an eye on at camp.

John Beecher
The 2019 first-round pick made it clear what his goals were heading into camp following day one of rookie camp on Sept. 14. “I’m here to make an NHL roster,” Beecher told reporters last week, per video provided by the team. He looks to finally make his debut three years after being selected by the Black and Gold. The University of Michigan product totaled 39 points in 81 games at his alma mater and was able to see some AHL action for the first time last season with the Providence Bruins, contributing three goals and two assists in nine games.

Jack Studnicka
Here we go again. Studnicka heads into yet another training camp with the Bruins looking to earn an everyday opportunity — something he did not receive with former head coach Bruce Cassidy. There’s no doubt the center comes into camp with tons to prove and he should get a shot to do so. Studnicka played in 15 games last season and only recorded three assists, so it’s not as if he didn’t get chances but they never were consistent, which can mess with a player’s mindset.

Injuries likely are to leave the Bruins without Brad Marchand to start the season. If Studnicka can show a thing or two as he has in previous camps, he could be in the lineup come Opening Night and in a position to succeed.

Mason Lohrei
One of the main defensemen worth keeping an eye on is Lohrei. The Ohio State product has an impressive offensive touch, as his numbers for the Buckeyes display in his lone season with the team racking up four goals, 25 assists, and 29 points in 31 games as a freshman. During his final season in the USHL (2020-21 season), Lohrei recorded 59 points in 48 games so there’s no doubt offense is where he shines and will hope to bring to Boston — whenever that may be.

Drafted 58th overall in the 2020 NHL Entry Draft, there always will be a chip on his shoulder to make teams regret passing on him. Lohrei gives hints of the many offensive defensemen who played for the Bruins prior and if he can have a strong camp, he can make an impact down the line if the Bruins need it.

Marc McLaughlin
There’s no better example of a prospect making a splash late in the season than what McLaughlin was able to do for the Bruins during the 2021-22 season. The Massachusetts native not only got to play for his favorite team at the end of the regular season right out of school, but he provided some spark on the bottom-six when he got in there. McLaughlin recorded three goals and will look to carve out a spot in the lineup to start the season. The 23-year-old gives Boston some size at 6-feet tall and 202 pounds.

Between these five players, McLaughlin joins Studnicka as someone who very well could join the team out of camp. If not, he’s sure to be on the shortlist to be a part of the Bruins if someone struggles or injuries arise. 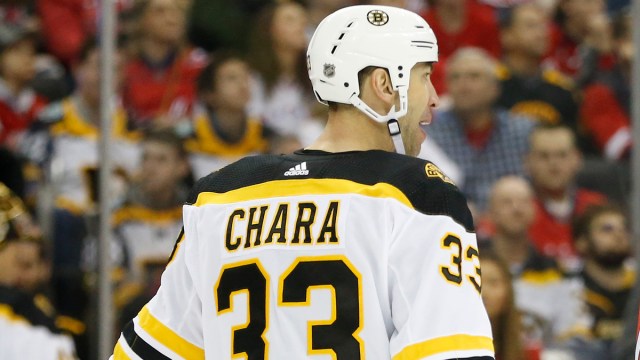 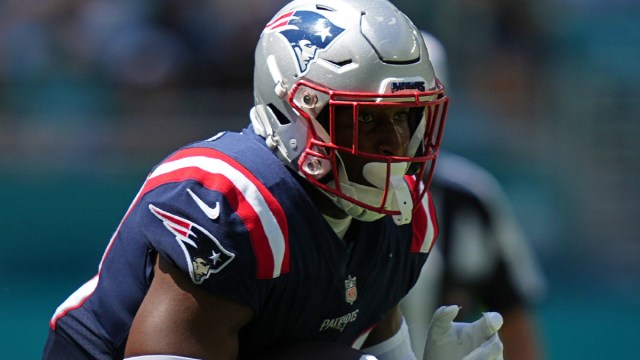