J.D. Martinez is having a down year in terms of offensive production for the Red Sox this year, and after Xander Bogaerts couldn’t break the tie against the Royals with the bases loaded in the eighth, Martinez stepped to the plate.

The designated hitter delivered the game-winning single in Boston’s 2-1 win over Kansas City at Fenway Park on Friday night to help snap the Red Sox’s losing streak and provide a much-needed win as the season begins to wind down.

But when Martinez stepped to the plate, he didn’t even want to swing.

“Don’t swing,” Martinez told teammate Christian Arroyo who was filling in as a postgame reporter on NESN.

He elaborated a bit more during his postgame availability.

“Don’t swing, if I’m being honest,” Martinez told reporters, per MassLive. “That was literally what I told myself. He didn’t throw Bogey a strike. He didn’t throw (Alex Verdugo) a strike. I was telling myself, I’m like, ‘You’re not swinging. Just watch a pitch.’

“He kind of just left it over the middle and I was like, ‘All right. We’re swinging.'”

Martinez’s single was just the third hit of the night for the Red Sox.

The Red Sox look to win the series Saturday afternoon against the Royals. First pitch from Fenway Park is set for 4:10 p.m. ET, and you can catch all the action beginning at 3 p.m. on NESN. 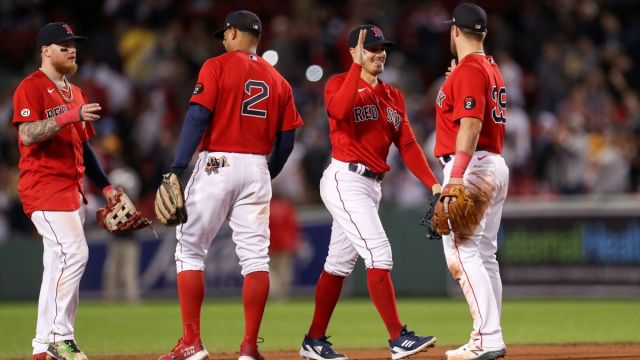 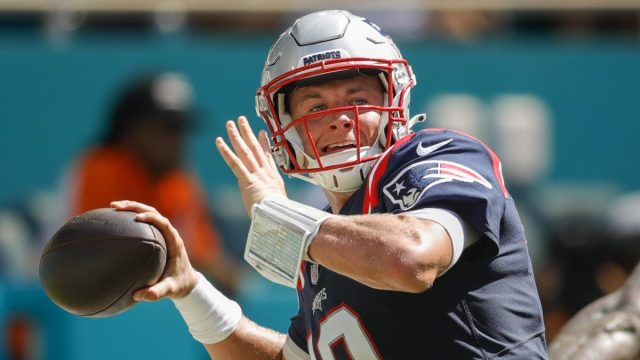 Mac Jones Will Start Sunday for the New England Patriots