J.D. Martinez Jokes About Why He Didn't Get Inside-The-Park Homer Skip to content

J.D. Martinez’s speed isn’t one of his strong suits, and it prevented the Boston Red Sox designated hitter from recording an inside-the-park home run in a 5-3 win over the Cincinnati Reds on Tuesday.

The right-handed slugger mashed a triple to center field in the top of the third inning at Great American Ball Park, in which Reds center fielder Nick Senzel got hurt trying to make a leaping catch against the wall. Martinez, who drove in Xander Bogaerts on the play, hustled around the bases until Red Sox third base coach Carlos Febles threw up the stop sign to keep Martinez from going home.

Martinez wished Febles gave him the chance to cash in on the rare opportunity, and poked fun at his coach postgame.

“I was going,” Martinez told reporters, as seen on NESN postgame coverage. “I was like, ‘This is it. This is my chance. If ever I get a chance this is going to be it.’ And Febles got scared. It’s alright. It happens.”

After stopping the 35-year-old short of an inside-the-park homer, it led to a hilarious exchange between Martinez and Febles.

“I told him, ‘What were you doing dude? You know I got the closing speed at the end,'” Martinez joked.

But Martinez knew his chances at pulling off the feat were very, very slim.

“No shot,” Martinez said, as it was his first triple of the season. “I was gassed by the time I touched third. But whatever. It was funny.”

Martinez joked that if the situation ever arose again where he was 90 feet away from an inside-the-park home run, he would do things differently.

“I told Febles, ‘If I go back, I’d probably run through your stop sign,'” Martinez said.

Martinez got his home run in his next at-bat, but could jog around the bases since he crushed a pitched from Reds lefty Nick Lodolo 420 feet to center. It was just Martinez’s 12th round-tripper of the season as he’s on pace for his lowest home-run total since 2013 — excluding the 2020 COVID-shortened season.

“It felt good,” Martinez said. “Feel like I haven’t done that in a while. It’s always good when you hit the ball on the barrel.”

“I know people are talking about his numbers and the RBIs, whatever — he had a tough at-bat with bases loaded, hit into a double play — but his expected numbers are really good,” Red Sox manager Alex Cora told reporters, as seen on NESN postgame coverage. “He’s still a good hitter. A hitter that has hit the ball hard with no luck. You have years like that. One thing about him, he’s going to keep grinding all the way to the end.”

Those were the only two hits of the night for Martinez, but they were certainly critical in helping the Red Sox come out on top. 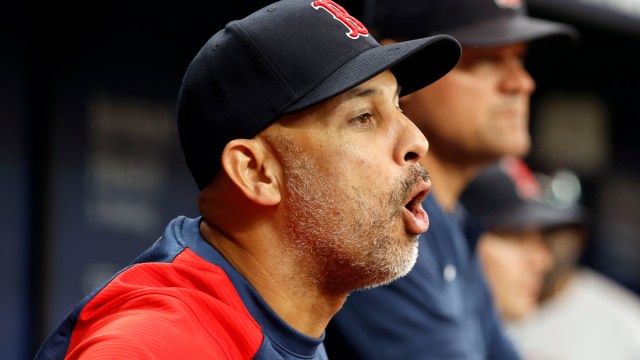 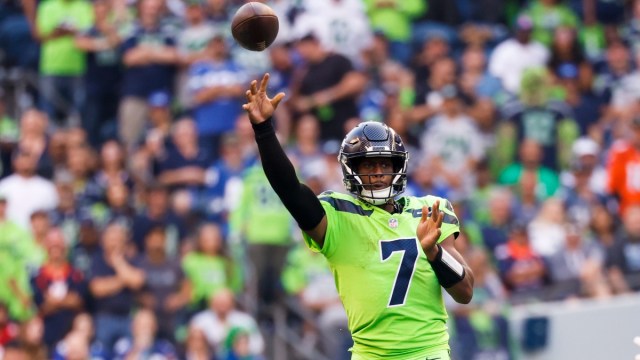