PITTSBURGH — It’s not a stretch to say the Patriots’ offense would be lost without Jakobi Meyers. He’s New England’s top wideout and played a huge role in the Patriots earning a 17-14 win over the Pittsburgh Steelers on Sunday.

So, it was concerning to see him leave in the final minutes of the Week 2 showdown after appearing to aggravate his ailing left knee.

Meyers checked himself out of the game and stood on the sideline with his hands on his knees, clearly in pain. The fourth-year wideout has been battling a sore left knee since the preseason but wasn’t on the final Patriots injury report ahead of Sunday’s game at Acrisure Stadium.

Meyers wasn’t spotted in New England’s locker until just before postgame availability ended. The Patriots receiver emerged from a training room with an ice pack on his left knee — covered by sweatpants — and was asked for an injury update. Meyers largely deflected the question, but his upbeat attitude indicated he’s not dealing with anything too serious.

“Hanging in there, you know what I mean?” Meyers said. “We got a win, so it’s feeling a lot better than it would’ve.”

Meyers hauled in nine catches for 95 yards in a much-needed victory for the Patriots. Four of his catches came on third downs, with three resulting in conversions.

“I’ve played with a lot of tough players, but I have so much respect for how tough he is and how consistent he is,” fellow receiver Nelson Agholor said of Meyers during a postgame news conference. “He’s a guy I’m very honored to play next to even at a young age because his leadership is a silent leadership.”

Meyers’ status will be worth monitoring ahead of New England’s home opener against the Baltimore Ravens next Sunday. 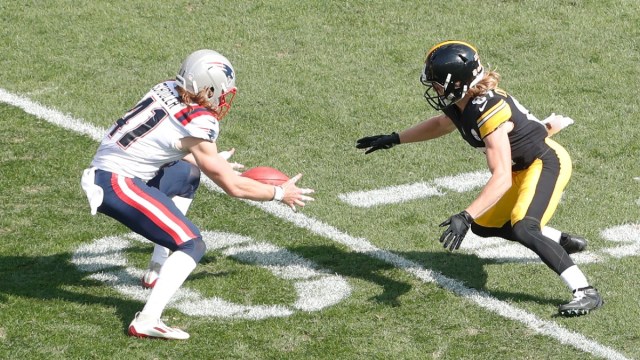 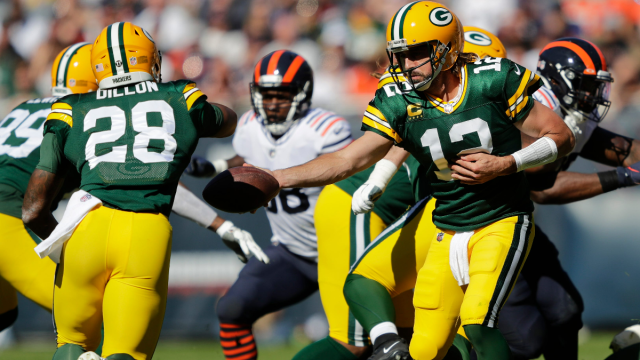