It’s not difficult for Jimmy Garoppolo to sympathize with Trey Lance.

Sunday proved to be a bittersweet day for Garoppolo, who watched Lance go down with a serious injury but was able to play Sunday at Levi’s Stadium in the process. Garoppolo was his typically steady self in the 49ers’ 27-7 Week 2 win over the Seattle Seahawks, and he’s in line to be San Francisco’s starting quarterback for the remainder of the 2022 season.

There’s some irony in Garoppolo reclaiming a starting job as a result of someone else’s injury. After all, the veteran signal-caller has been banged up plenty since arriving in San Francisco and subpar durability likely was in the minds of 49ers brass when they decided to hand the keys over to Lance. Garoppolo acknowledged his injury history Sunday while making a vow of sorts to Lance.

“Feel terrible for Trey,” Garoppolo told reporters, per USA Today. “I’ve been on that side. This league is tough and everyone has their share of injuries, but that sucks for him. Feel bad for him but he’s our brother and we’ll pick him up.”

The Niners are in good hands with Garoppolo, who helped guide the franchise to a pair of NFC Championship Games and a Super Bowl appearance in the last five years. Some members of the organization reportedly believe San Francisco is an even better team now that Jimmy G is back atop the quarterback depth chart.

Garoppolo will try to prove those believers right Sunday night when the 49ers visit the 1-1 Denver Broncos. 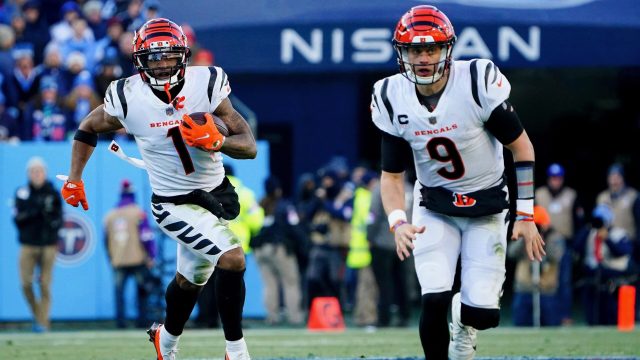 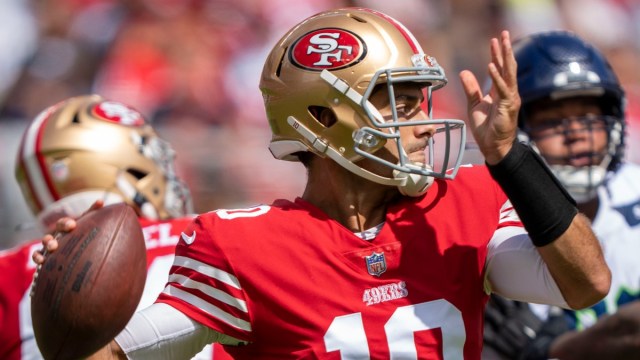