Detroit Lions wide receiver Amon-Ra St. Brown has made no bones about being displeased with his draft position, and his fellow 2021 wideouts are catching ricochet shots because of it.

St. Brown is blossoming into one of the NFL’s premier wideouts. The 22-year-old became the first wideout in NFL history to record eight catches and a receiving touchdown in eight straight games last Sunday against the Washington Commanders, good enough to earn him NFC Offensive Player of the Week honors for Week 2. The accomplishment was also good enough for him to feel confident in throwing some major shade at his former 2021 draftee.

Dyami Brown, who was drafted 30 spots ahead of St. Brown in the 2021 NFL Draft, caught a ricochet shot when “The Sun God” took aim at the Commanders following the Lions’ 36-27 win.

“The draft, it is what it is. Even the Commanders, they got a guy before me over there,” St. Brown said Wednesday, per SB Nation’s Jeremy Reisman. “I believe his name is Dyami Brown… I don’t forget things like that. I see him across the sideline from where I’m standing during the game, and I’m going to give every team hell.”

When asked if he was actually watching Brown, St. Brown went for the throat.

St. Brown can’t be blamed for missing his peer during the game, as Brown only played one snap on offense for the Commanders. St. Brown, on the other hand, played in 52 snaps and record nine catches for 116 yards and two touchdowns. This isn’t the first time he’s taken a shot at the 2021 draft class either, he recited the names of each wideout drafted before him in 2021 on “Hard Knocks” this summer.

As the Lions continue to gain more fans for their play this season, perhaps St. Brown will continue to make a name for his on-field play as much as he has for his off-field comments. 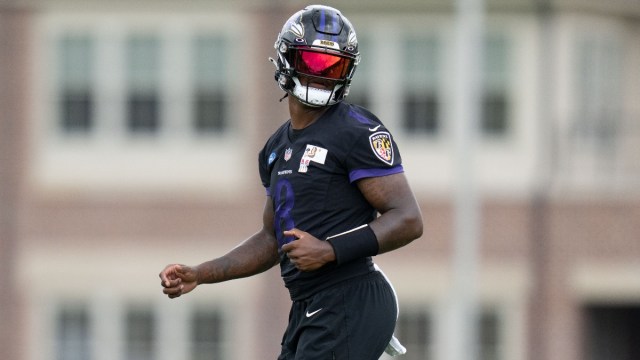 What Devin McCourty Has Seen In Lamar Jackson’s Development 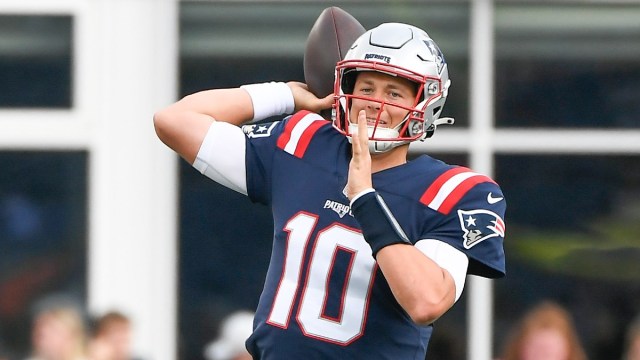