All of the talk of the 2022 offseason surrounded Kevin Durant, and many wondered if he would get traded out of Brooklyn. The drama ended up working itself out, and the 10-time All-NBA star will seemingly play out the 2022-23 season with the Nets.

Teams like the Boston Celtics were reportedly in trade talks with Brooklyn, and there seemed to be fuel to the fire after Durant’s reported tensions with head coach Steve Nash and general manager Sean Marks. Team governor Joe Tsai publicly backed his staff, with Durant seemingly willing to work things out with Nets management, Kyrie Irving and Ben Simmons after he rescinded his trade request.

Brooklyn have quietly been putting a roster together amid reported trade talks with other teams, and one player they signed was veteran forward Markieff Morris. The 11-year veteran is excited to be part of the Nets, and while expressing his desire to join Brooklyn, he gave an interesting analogy of the drama between Durant and the Nets.

“Like I said before, Brooklyn was a top team the whole summer,” Morris told reporters, as seen in a video shared by SNY. “Actually, they were my number one phone call right up until what happened with Kevin, but that’s the NBA, man. You break up with a girlfriend, you get back with her, same (expletive). Same (expletive). You air out your differences until you figure it out. I broke up with my wife a couple of times, we still married. (Expletive) works. Sometimes you need space to figure some things out. (Expletive) works. It is what it is.”

The price of a ring tends to vary from year-to-year, but it’s safe to say a four-year, $194 million contract extension is as strong of a commitment as marriage is. The deal kicks in this season, so it made sense why the Nets wouldn’t want to part with their superstar so easily.

Unfortunately for the rest of the NBA, specifically the Eastern Conference, Durant is still in Brooklyn, and if he and Nash can make things work, they’ll be a tough out this season. 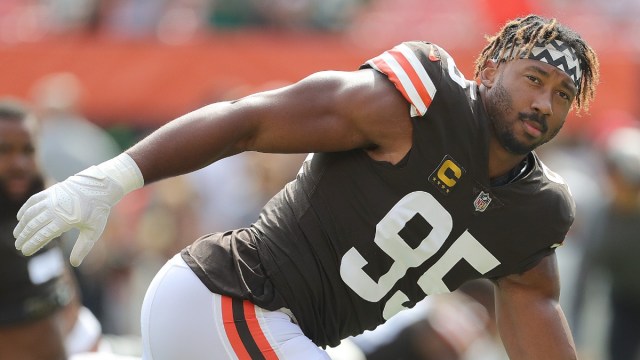 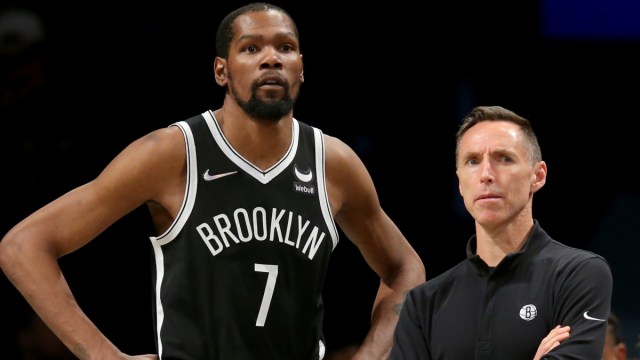